HomeNEWSBanditry: We Will Deal With Them As Terrorists, Buhari Vows

Banditry: We Will Deal With Them As Terrorists, Buhari Vows 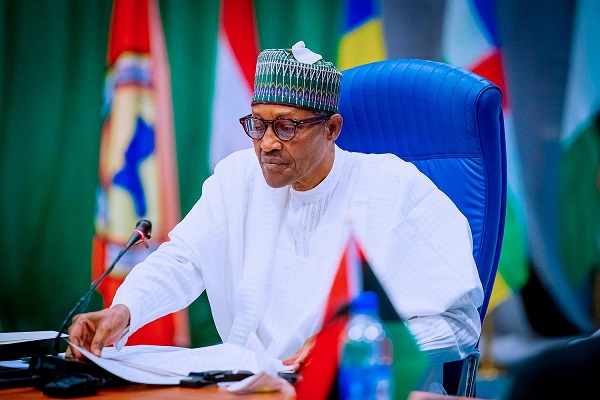 President Muhammadu Buhari has vowed to flush out criminals ravaging the country’s North West region, saying the government has already taken steps in that direction.

Buhari made the comment during an interview with Channels Television aired on Wednesday evening.

“So, I think the only language they understand – we have discussed it thoroughly with the law enforcement agencies; the security chiefs, the Inspector General of Police – is to go after them; the terrorists.

“We labelled them terrorists, are we are going to deal with them as such,” President Buhari said during the interview, lamenting why people who share similar cultures would go against each other.

According to him, there have been successes in the fight against banditry in the region, noting that he has had a series of meetings with heads of security agencies in a bid to tackle the issues.

“And I believe if you go to those constituencies in the North West and North Central in the last four weeks there are improvements in the security,” the Nigerian leader added.

The President’s comment on banditry in the regions is coming as the Federal Government declared the criminals as terrorists.

On Wednesday, the government had published a Gazette proscribing the existence of bandits groups, restraining any person or group of persons from taking part in activities of any of the bandit groups.

Before this recent move, the Federal High Court in Abuja had late last year declared bandits as terrorists following an ex parte motion the Federal Government filed before it through the Ministry of Justice.

The development followed calls from several quarters for the government to declare bandits as criminals.

Aside from high-profile Nigerians, the National Assembly equally urged President Buhari to declare bandits as terrorists.

State assemblies had earlier called on the Federal Government to proscribe the bandits who have kidnapped hundreds of people and killed others in the North West and North East.

2023: Why I Won’t Disclose My Preferred Successor’s Identity – Buhari