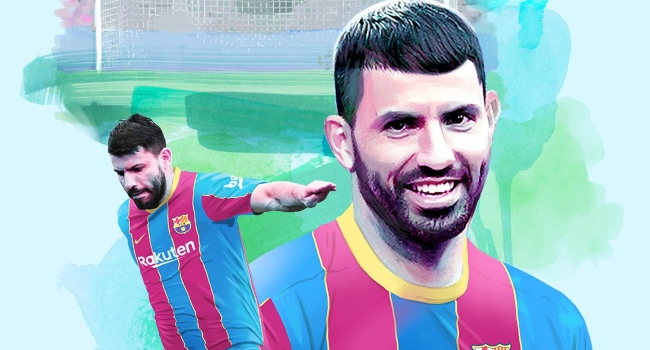 Barcelona have signed Argentina forward Sergio Aguero on a deal until 2023.

Aguero was Manchester City’s all-time goal scorer with 260 goals and has five league titles, a record six Football League Cups, and an FA Cup to his credit.

The Argentine’s contract was announced on the club’s official Twitter handle on Monday.

“FC Barcelona and Sergio ‘Kun’ Agüero have reached an agreement for the player to join the Club from 1 July when his contract with Manchester City expires,” the statement read.

“The player will sign a contract until the end of the 2022/23 season and his buy-out clause is set at 100 million euros.”