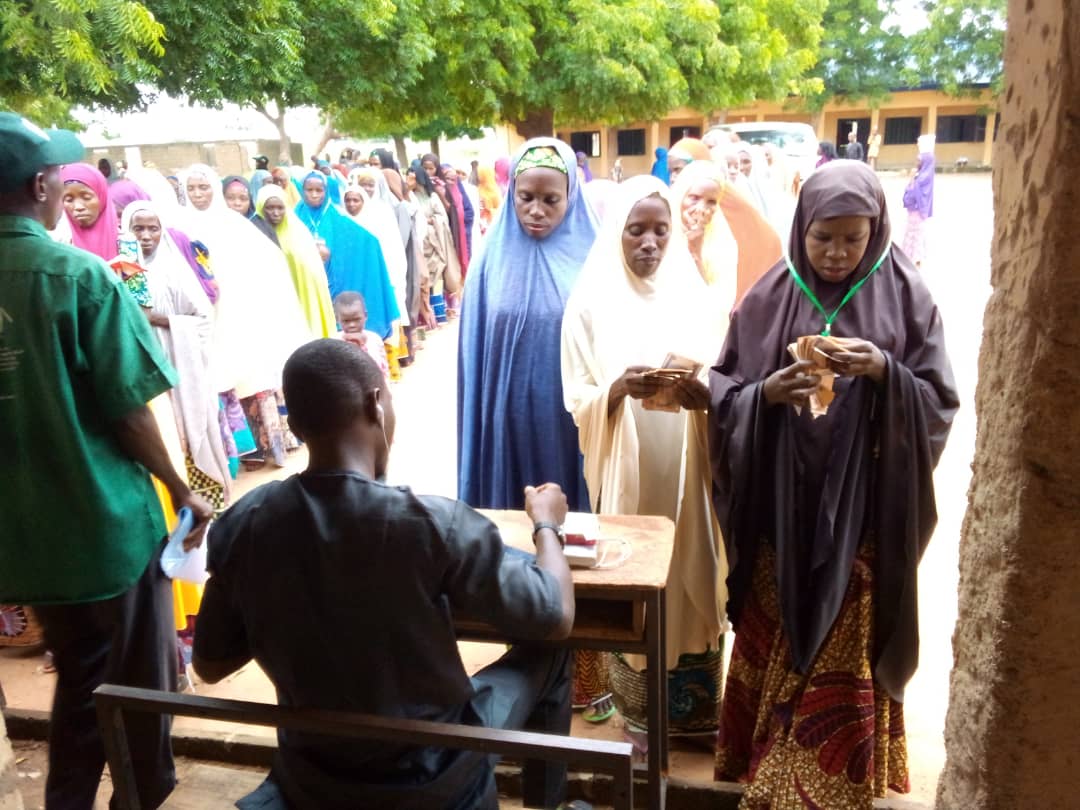 The Federal Government has earmarked the sum of N1, 200, 540,000 for selected beneficiaries of the Household Uplifting Programme – Conditional Cash Transfer (HUP-CCT) component of the Social Investment Programme in Bauchi State.

This was disclosed by the Head of Bauchi State Cash Transfer Unit, Mallam Jibrin Mohammed Fanti, at the commencement of payment of backlog of stipends to beneficiaries of the HUP-CCT programme in the state held at Yelwan Duguri payment centre in Alkaleri Local Government Area of the state on Wednesday.

A press statement signed by the CTU training and communication officer, Jamila Affan and made available to DAILY POST, informed that the cash transfer was aimed at improving the economic status of targeted vulnerable people of the state with particular emphasis on rural dwellers.

Fanti in the statement revealed that each of the 54,0721 beneficiaries, mostly women, received the sum of N20,000 payment of their cumulative backlog of January to April cycle.

He disclosed that N10,000 was also given to participating households of HUP-CCT on compliance for the state selection of hardcore responsibility of girl child education.

While calling on beneficiaries to make judicious use of the money by spending it on the provision of food for their families and also engaging in income-generating activities, Fanti commended the National Programme Coordinator (NPC), Hajiya Halima Shehu, for ensuring the actualisation of the presidential mandate of lifting vulnerable Nigerians out of poverty.

He informed that payment was being made through payment service providers and digital systems, which he said was introduced with a view to improving service delivery.

“The payment is being conducted in two categories, through the Payment Service Providers (PSP) agents and digital system

“National Cash Transfer Office is introducing the digital payment in order to improve on service delivery, ensure safety and security and also to provide the HUP-CCT beneficiaries opportunity to participate in cashless system regime,” Mallam Fanti was quoted to have said.

The statement informed that beneficiaries from Bauchi Local Government Area had since keyed into the cashless service, while those from Misau and Katagum LGAs would also be paid through the digital payment system.

Meanwhile, the statement disclosed that the ongoing payment in the state was being monitored by the national monitoring and evaluation officer, Mrs Joyce Dida and other relevant national officers.