HomeNEWSBiafra agitation will not end with Igbo President in 2023 — Former IPOB leader, Mefor

Biafra agitation will not end with Igbo President in 2023 — Former IPOB leader, Mefor 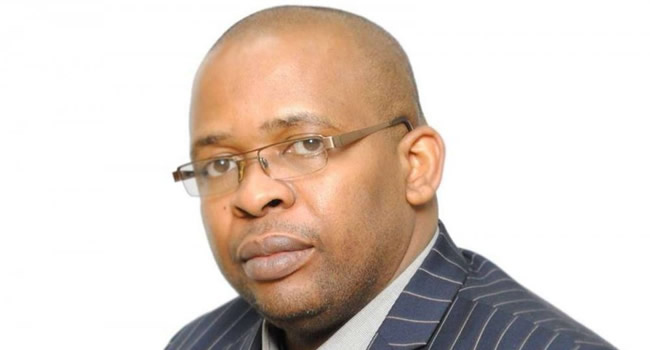 Former Deputy-Leader of the proscribed Indigenous People of Biafra (IPOB) Uche Mefor, says the agitation for a Republic of Biafra will not end even if an Igbo man becomes President of Nigeria in 2023.

Mefor, who has been in a running battle with the hierarchy of IPOB and his former boss, Nnamdi Kanu since he was removed from his position, said in a statement on Monday that the clamour for a president from the South-East region in 2023 has nothing to do Biafran agitation and will not stop the demands for a republic.

In the statement he posted on his Facebook page, Mefor said an Igbo president will even do more to intensify the agitation for the restoration of Biafra.

Mefor titled his statement ‘Will the Nigerian President of Igbo-Biafra extraction stop Biafra agitation?’ which reads:

“This is very unlikely. An Igbo president of Nigeria will even intensify the agitation for the restoration of Biafra.

“Biafrans must concentrate on the Biafra territorial politics with a view to controlling the political space in Biafraland.

“It will also mean an arbitrary or systematic human rights violations against a group that qualifies as a ‘people’ or ‘peoples’ and ultimately, the denial of INTERNAL SELF-DETERMINATION against such group(s) by a state (in this case, Nigeria).

“When that happens, and to such an extent that the territorial integrity of such state (in this case, Nigeria) is called to question, that state loses her claim to her sovereignty because she has failed to adequately represent her whole population in the governance of her affairs.

“No doubt, there are consequences but if crafted and guided and guarded strategically, the group(s) is/are likely to succeed with recognition of the members of the international community.

“If the Igbos (either alone or in collaboration with others) decide to seek for a separate country by exercising their right to self-determination through the LENS OF REMEDIAL SECESSION, they are strongly and likely going to be justified subject to external RECOGNITION.

“In summary, I believe that Nigeria has since reached the threshold to such an extent that any Indigenous People of any ethnic origin within the Nigerian state can seek REMEDIAL SECESSION on account of monumental human rights violations and extreme oppression against them by the Fulani-controlled Nigerian state government.

“Nigeria is, indeed, an ideal candidate ripe for and should be subjected to REMEDIAL SECESSION by the component units. This is what the Biafra agitators must continue to focus on and consolidate.”