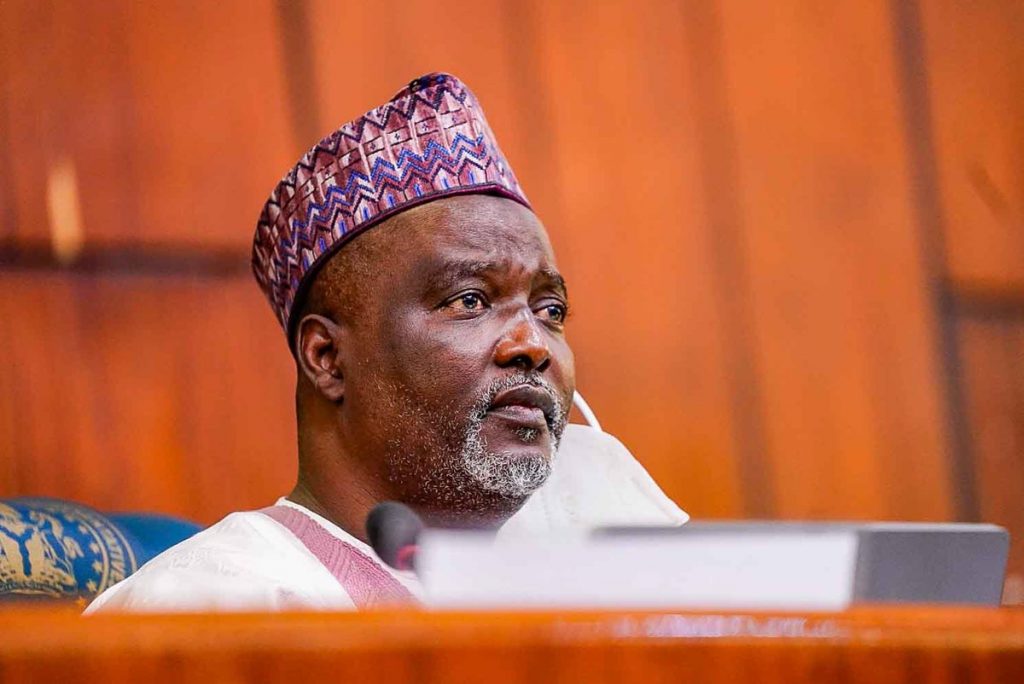 Members of the House of Representatives from Plateau State have passed a vote of confidence in the Deputy Speaker, Ahmed Wase, over the recent criticisms triggered by his decision to block a petition from Nigerians in the Diaspora.

The caucus, which described Wase as an experienced lawmaker, said the public misunderstood his action, stressing that the Deputy Speaker’s criticisms have ethnic and political colouration.

This was made known in a statement issued by the Leader of the Plateau Caucus, Beni Lar, titled ‘Plateau Reps Caucus Pass Vote of Confidence on Deputy Speaker.’

Wase, who presided over the plenary of March 10, 2021, had prevented the lawmaker representing Gwer-East/Gwer-West Federal Constituency in Benue State, Mr Mark Gbillah, from laying a petition filed by the Mutual Union of Tiv in America.

A drama had played out as Wase prevented Gbillah from laying the petition, claiming that the House does not entertain petitions from outside the country, asking the Benue lawmaker if MUTA was registered with the Corporate Affairs Commission.

Wase had also said he was not convinced that Nigerians in America could protest against insecurity in Nigeria, ruling that the House would not admit the petition.

Gbillah had faulted the Deputy Speaker, stating that the Constitution gives Nigerians the freedom of association, adding that the House has committees that handle issues relating to foreign affairs and Diaspora.

The lawmaker also cited the example of the Nigerians in Diaspora Commission chaired by a former member of the House, Abike Dabiri-Erewa, who was Chairman of the Committee on Foreign Affairs, which intervenes in the affairs of Nigerians in other countries.

The Deputy Speaker had later in a statement said his action was based on the conditions set by the Standing Orders of the House.

On Monday, lawmakers from Plateau where the Wase represents, expressed their solidarity with him.

The statement read, “We, the entire members of the Plateau State caucus in the House of Representatives, reiterate our full confidence in the leadership of the Deputy Speaker, Rt. Hon Ahmed Idris Wase.

“Our resolve has become imperative following an unfortunate incident between the Deputy Speaker and another colleague during plenary which has since gone viral on social media. The incident has since been given an ethnic and political coloration which ought to be a purely parliamentary affair.

“Let it be noted that the Rt. Hon Idris Wase is a seasoned legislator who has over the years represented the people of Wase, Plateau, the North-Central and the entire nation effectively. During this period, he has enjoyed the tremendous respect of his colleagues and his people. He has sponsored many bills and motions that have been key to the development of our nation and enhanced governance.

“As a presiding officer, he is known to have listening ears and accommodating of all views. We in Plateau State and the North-Central have witnessed the infrastructural and human development attributed to the Deputy Speaker, such as roads, medical facilities, rural electrification, exploration of mineral resources, employment opportunities and countless gestures attributed to his diligence and passion for the entire North-Central that he represents and the nation at large.”

The lawmakers added that as a colleague, Wase is passionate about the growth of their constituencies.

“We as a caucus, therefore, implore the public not to misunderstand the intentions of the Deputy Speaker who is known to act in accordance with laid down procedures,” the caucus stressed.

Vin Diesel’s son to star in Fast and Furious 9