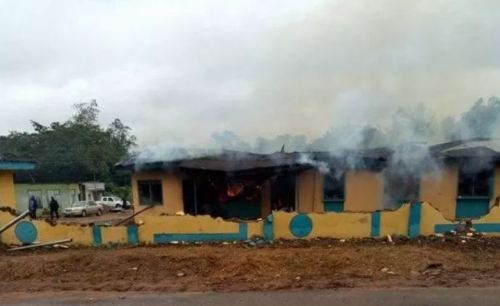 Unknown gunmen have attacked the Divisional Police Headquarters situated in the Ohaukwu Local Government Area of Ebonyi State and freed persons detained in the station.

The incident, which happened on Monday morning, plunged the area into chaos as residents and officers scampered for safety.

The spokesperson of the Ebonyi State Police Command, Loveth Odah, confirmed the attack to newsmen.

She said the command has sent officers to the affected station.

According to reports, operational vehicles were also set ablaze by the hoodlums while some officers sustained bullet wounds.

I’m not under pressure to withdraw case from court – Secondus