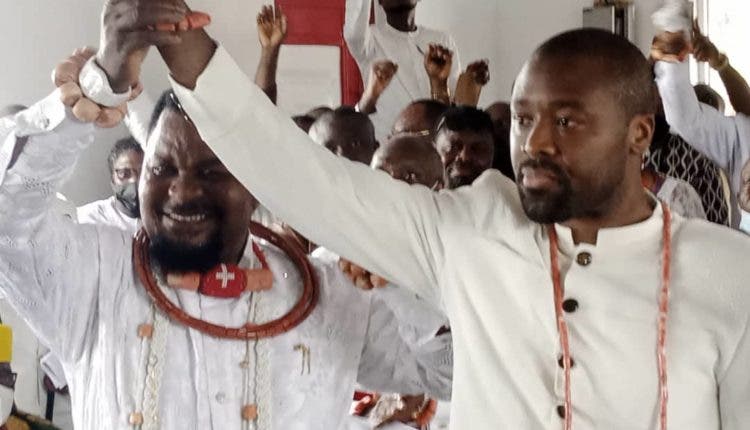 President General Muhammadu Buhari, on Tuesday, congratulated the Olu of Warri-designate, Utieyinoritsetsola Emiko, praying that he will have a peaceful reign.

He also commiserated with the Itsekiri people on the demise of their monarch, Ogiame Ikenwoli, which was formally announced yesterday.

The President’s message was contained in a statement by his Special Adviser on Media and Publicity, Femi Adesina, titled, ‘President Buhari greets Itsekiri nation on Olu-designate, mourns departed monarch’.

Adesina quoted the President as calling for reconciliation after a race for the throne, noting that peradventure any dissension exists, such should be resolved through due process.

The statement read, “President Muhammadu Buhari sends sincere greetings to the Itsekiri nation on the announcement of a new Olu of Warri, as pronounced by the Iyatsere of Warri Kingdom.

“The President also condoles with the Itsekiris on the passage of the immediate past Olu, His Royal Majesty Ogiame Ikenwoli, which was equally formally announced.

“President Buhari prays that the Olu-designate, Prince Utieyinoritsetsola Emiko, will have a peaceful reign, signposted by the massive development of Itsekiri land.

“He counsels love and reconciliation after a pulsating race for the throne, noting that peradventure any dissension exists, such should be resolved through due process.

“As the Itsekiri nation mourns their departed Olu for three months, President Buhari prays godly comfort for them, and a smooth ascendancy for the incoming monarch.”

Another House Of Reps Member Is Dead