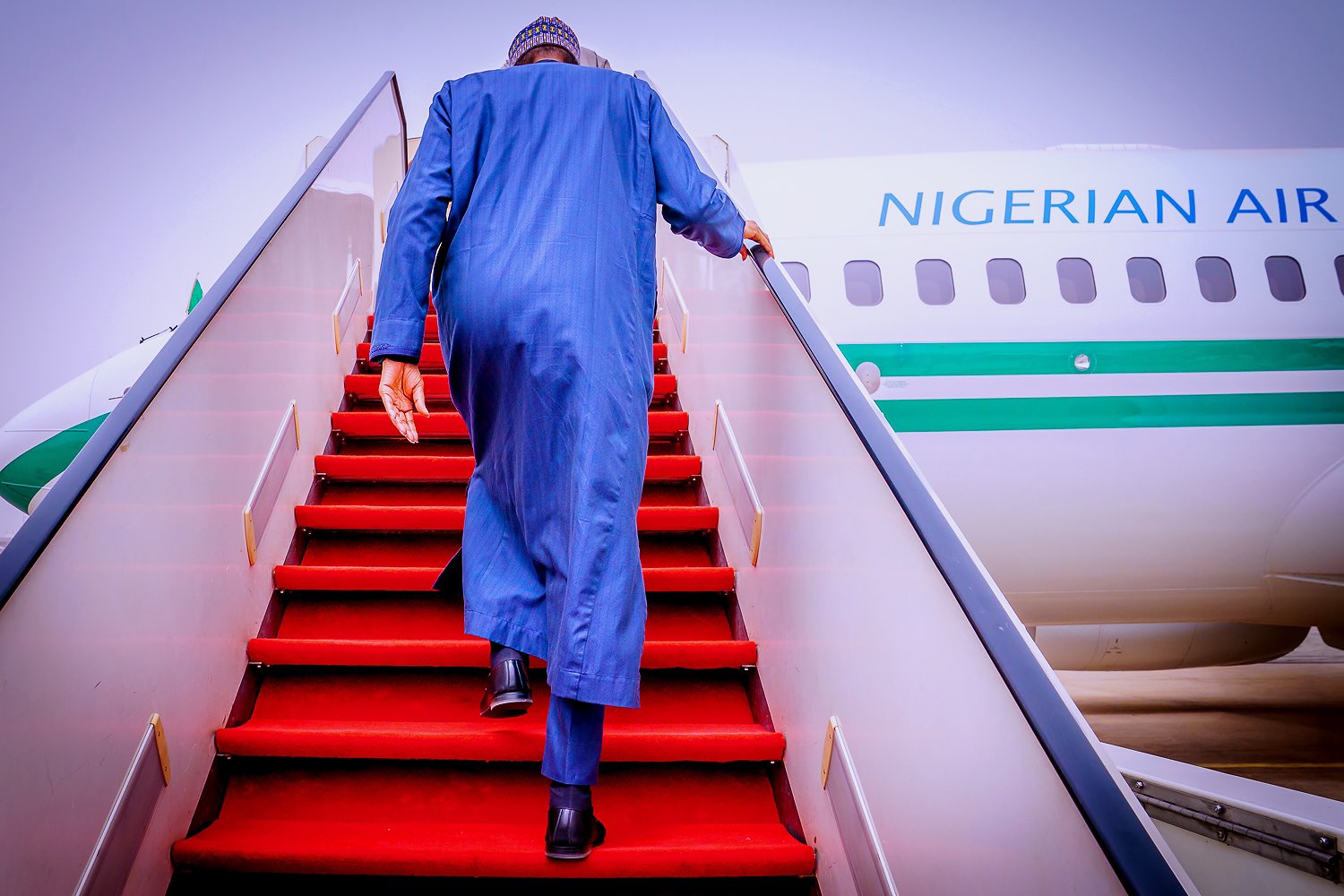 President Muhammadu Buhari has departed Nigeria for London, UK, for a medical check-up.

The president and a few of his aides departed the presidential wing of the Nnamdi Azikiwe International Airport, Abuja, around 2:30pm.

Ibrahim Gambari, chief of staff to the president; Muhammed Bello, minister of the federal capital territory (FCT); and Muhammed Adamu, inspector-general of police, were among those at the airport to bid the president farewell.

In a statement on Monday, Femi Adesina, presidential spokesman, had said the trip is strictly “routine”.

Before leaving the country, the president met with service chiefs after which he directed them to fish out bandits, kidnappers, and their sponsors.

The president warned that the reign of terror unleashed on parts of the country by bandits and kidnappers is no longer acceptable.

Also in attendance were Boss Mustapha, secretary to the government of the federation (SGF); Bashir Magashi, minister of defence, and Babagana Monguno, the national security adviser.