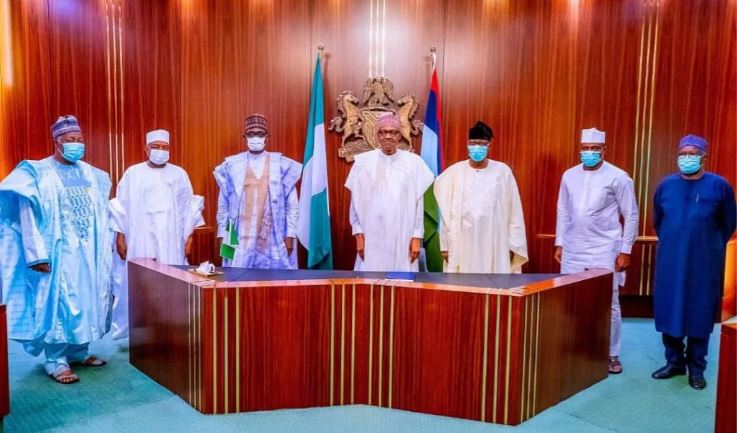 Daniel was governor of Ogun State from 2003 to 2011 while Bankole was Speaker of the House of Representatives (2007–2011), all on the platform of the Peoples Democratic Party (PDP).

Bankole defected to the PDP for African Democratic Party (ADP) before now moving to APC.

Buni, who spoke to State House correspondents after the introduction of the affected defectors, said they came to present the new party members to the president who expressed delight at the calibre of the defectors.

He said: “We came to present new members of our party, Daniel and Bankole. Mr President is impressed and happy that leaders of such calibre are joining our party at this time we are registering new members, because registering and validating our membership, and indeed this is the right time for them to join us.

“And that’s exactly what Mr President is very happy. He’s pleased and impressed.”

Also speaking, Bankole said he joined the ruling party to give support to the effort the president was making, adding, “there are issues we need to solve and any reasonable human beings should support at this moment.

“From Borno to Lagos, Bayelsa to Sokoto. These are critical times and we shouldn’t be found wanting.’’

We will kill all non-state-actors in communities, forests – Chief of Defence Staff vows