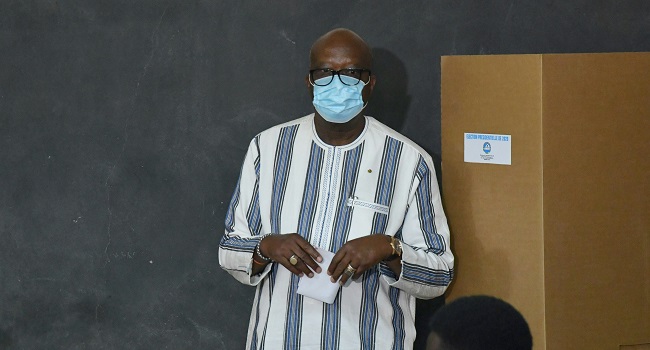 Burkina Faso has received the first batch of 115,200 doses of Covid-19 vaccines, funded by the international Covax scheme to enable the poor West African state to launch a vaccination drive on Wednesday.

“Thanks to scientific progress, we now have another arsenal for the fight” against Covid, Ouedraogo added.

The nationwide drive set to begin Wednesday will target people most at risk, Ouedraogo said.

The health ministry said in addition to the vulnerable, the first phase would target health workers and “candidates for the pilgrimage to Mecca”.

It brings UN agencies including the World Health Organization and the UN children’s agency UNICEF together with sovereign donors and the private sector to provide low-income countries with significant supplies regardless of their ability to pay.

Burkina Faso initially intends to vaccinate three percent of a population estimated at more than 20 million.

Eventually a total of nearly 10 million Burkinabes are expected to get jabs.

Burkina Faso, which has reported 13,430 coronavirus cases and 166 deaths, is one of few nations in West Africa that has yet to launch a vaccination drive.

Also Monday, a health official in Niger told AFP it has “loaned” 100,000 doses of the AstraZeneca vaccine to Ivory Coast, whose vaccination drive is stepping up and may otherwise have faced shortfalls.

The doses were handed over in a ceremony on Sunday in the capital Niamey attended by Ivory Coast’s consul in Niger as well as Ivorian health officials.

Ivory Coast will pay back the loan once it receives an expected shipment, the head of the Ivorian delegation said over radio.

Niger has so far received 780,000 doses of vaccines including 400,000 Sinopharm doses donated by China, 355,000 AstraZeneca through the Covax programme, and an Indian donation of 25,000 doses, also of AstraZeneca.

Niger has been relatively unscathed by Covid with 5,410 cases including 192 deaths, while Ivory Coast, with a population of 25 million, has recorded 47,000 cases and more than 300 deaths.