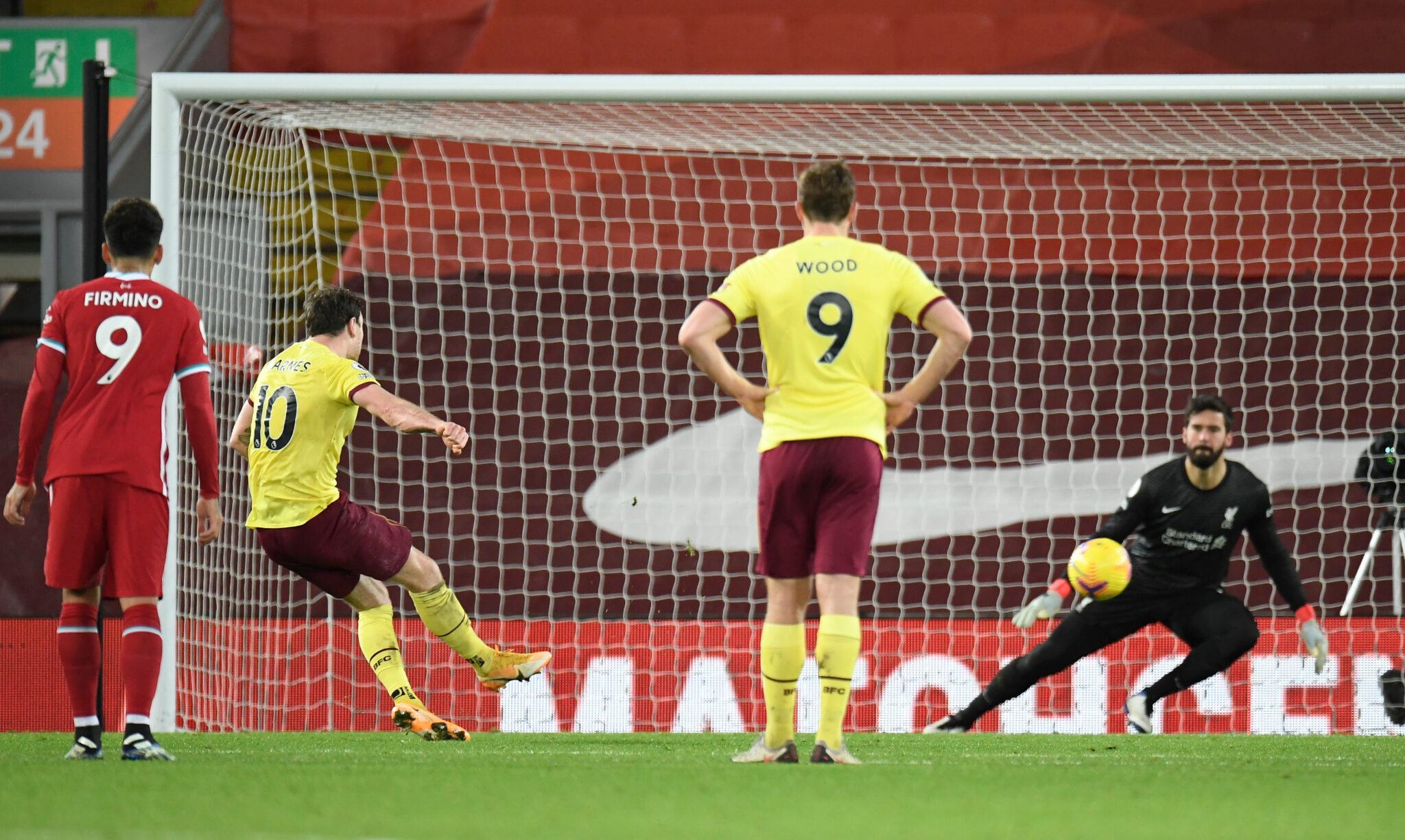 Liverpool’s 68-game unbeaten run in the Premier League at Anfield came to a stunning end as Ashley Barnes’s late penalty earned Burnley a 1-0 win on Thursday.

Jurgen Klopp’s men have now failed to win in five consecutive league games to see their title defence collapse as they remain six points behind leaders Manchester United in fourth.

IGBO NATION HAS NO REASON TO BREAK AWAY FROM NIGERIA