HomeNEWSCapitol: US no longer has right to sanction nations —Zimbabwe president

Capitol: US no longer has right to sanction nations —Zimbabwe president 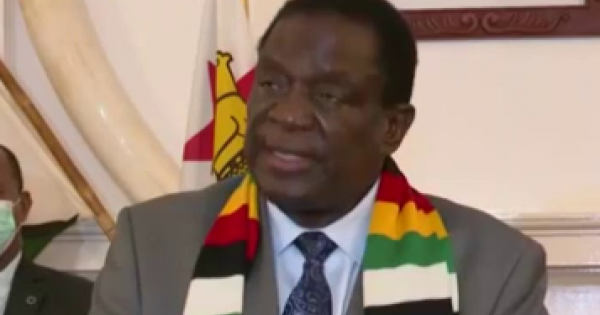 Following Wednesday’s Capitol riots in Washington, President of Zimbabwe, Emmerson Mnangagwa, has said the United States has no moral right to sanction any nation for undemocratic actions.

Mnangagwa, who stated this on Thursday in a string of tweets, said incumbent US President Donald Trump sanctioned the African country last year, urging the US to end the “painful economic sanctions”.

“Yesterday’s events showed that the U.S. has no moral right to punish another nation under the guise of upholding democracy. These sanctions must end.

“I’d like to again congratulate President-elect Joe Biden on his confirmation as the 46th President of the United States.

“Zimbabwe is, as it always has been, ready to work together as friends and partners with the U.S for the benefit of both our peoples.”

Trump’s supporters had invaded Capitol during a joint session of Congress held to certify the electoral victory of President-elect Joe Biden.

The Capitol violence, hours after an extraordinary rally by Trump challenging his defeat, saw flag-waving backers break down barricades outside the Capitol and swarm inside, sending the legislative sessions into an emergency recess.

Four persons have been pronounced dead while scores were reportedly injured.

Congress leaders, however, reconvened after the riot and affirmed Biden’s Electoral College victory over Trump.
Political leaders across all continents have condemned Trump’s action, with many accusing him of dragging one of the world’s most respected and resilient democracy in the mud.