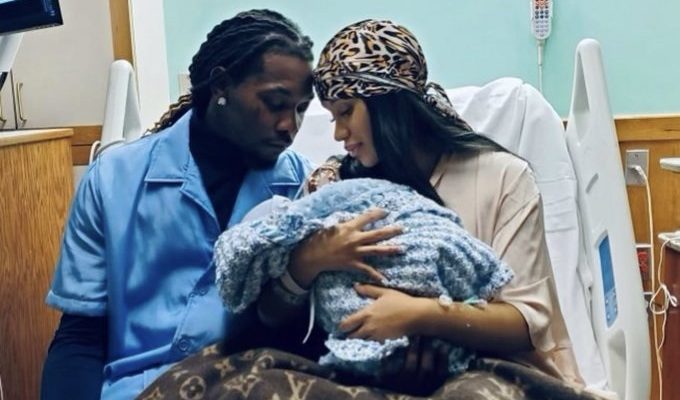 Kulture is officially a big sister.

Her mum, Cardi B, announced that she’s given birth to her second child. The rapper shared the news in a super sweet Instagram post that showed a photo of her and Offset with their new bundle in what appeared to be a hospital bed.

She simply wrote, “9/4/21🦕💙🧸” and three emoticons, including a blue heart which, coupled with the photo of the baby wrapped in a blue blanket, is leading followers to believe the baby is a boy.

The newborn is Offset’s 5th child as he previously welcomed Jordan, 11, Kody, 6, and Kalea, 6, from previous relationships.

The pair secretly married in September 2017 and got “engaged” on stage a month later.

Daughter Kulture was born in July 2018.

Cardi B and Offset, who have split and reconciled more than once, kept the second pregnancy private until revealing her baby bump during a performance with his group Migos during the BET Awards, which aired in June.