HomeNEWSCattle Movement From North To South Should Be Banned, Says Ganduje 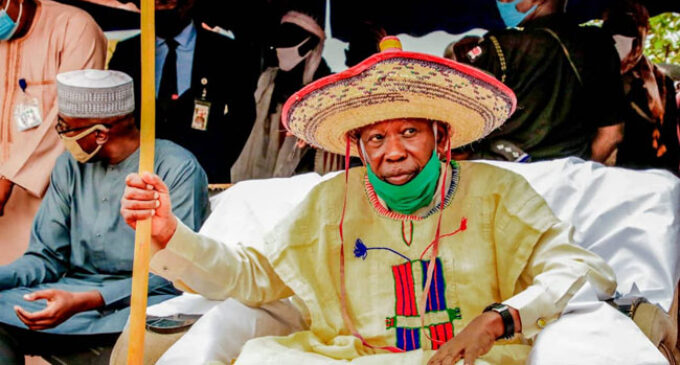 Governor Abdullahi Ganduje of Kano State is seeking to have a  law enacted which would place a ban on the movement of herdsmen and cattle from the north towards the southern regions of Nigeria.

This he believes will help curb the recurring clashes between farmers and herdsmen.

Speaking to journalists after a special lunch with President Muhammadu Buhari in Daura, Katsina State, Governor Ganduje argued that the law will also address the issue of cattle rustling in the northern part of the country.

On the appointment of the Service Chiefs, Governor Ganduje said he wants the military hierarchy to work with state governors to ensure safety across the country.

He said the call became necessary because the governors know the security needs of the people and the various black spots in their states and as such, they are very valuable in the bid to secure the nation.