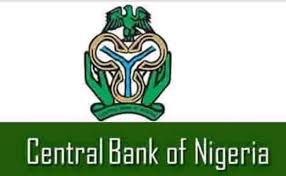 The Central Bank of Nigeria injected $4.37bn into the foreign exchange market in the third quarter of 2020 as part of efforts to ensure the stability of the naira.

The CBN disclosed this in its third-quarter economic report.

The bank said through its periodic interventions in the forex market, it continued to boost the supply side of the market, as COVID-19 crisis weakened the private sector supply chain segment of the market.

Part of the report read, “During the third quarter of 2020, total foreign exchange sales to authorised dealers by the bank amounted to $4.37bn, a decline of 2.3 per cent from the level in the preceding quarter.

“This was attributed largely to the decrease in wholesale forward intervention and interbank sales. The total foreign exchange sales represented a decrease of 56.4 per cent, compared with the corresponding quarter of 2019.”

It added, “Further disaggregation showed that matured swap transactions and SMIS intervention rose by 50.8 per cent and 0.7 per cent to $1.24bn and $1.96bn, from the levels in the preceding quarter.

According to the report, foreign exchange cash sales to Bureau de Change operators was $0.33bn in the review period.

The CBN said it sustained interventions in the forex market and resumed forex cash sales to the BDC operators to boost liquidity and ease demand pressure.

It said the exchange rate of the naira against the dollar was further adjusted during the review period from N361/$ to N381/$.

It said it also introduced measures to curb abuses and ensure prudent use of forex.

The banking regulator said it directed all authorised dealers to desist from opening Forms M with payments routed through third parties.

This policy was aimed at eliminating occurrences of over-invoicing, transfer pricing, double handling charges and avoidable costs, which were ultimately passed on to Nigerian consumers.

The CBN stated that the Deposit Money Banks were directed to block domiciliary accounts of some companies involved in forex abuses, for investigation.