HomeSportsChampions League: Neymar sends message to Messi ahead of Barcelona vs PSG

Champions League: Neymar sends message to Messi ahead of Barcelona vs PSG 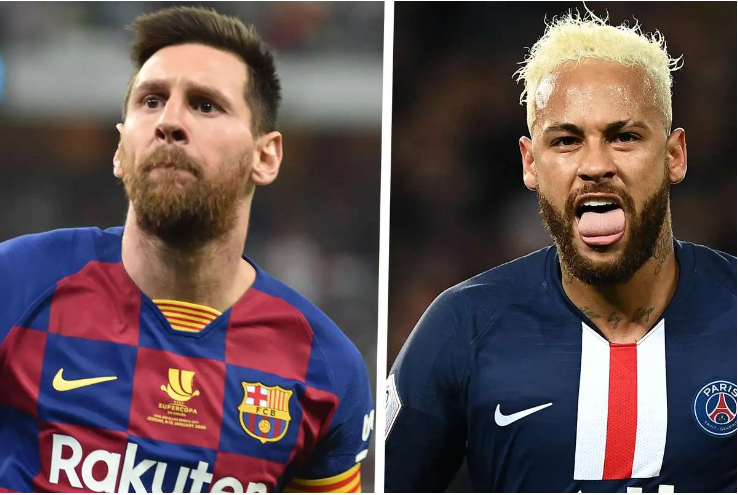 Paris Saint-Germain forward, Neymar, has sent a message to his friend and former team-mate Lionel Messi after the Champions League draw.

Neymar will be making a return to the Nou Camp for the first time since 2017, when he left in a world-record £198million transfer.

After the draw was confirmed, the Brazil international took to Twitter to send a message to the Argentine.

Neymar posted an image of himself hugging Messi with the caption: “See you soon my friend” along with a heart emoji.

Both players could be reunited next season, with Neymar admitting his desire to line up alongside Messi again.

Messi’s contract at Barcelona expires in June 2021 and he is being linked with an exit.