HomeSportsChelsea Lose To Juventus, Records Second Defeat In A Row

Chelsea Lose To Juventus, Records Second Defeat In A Row 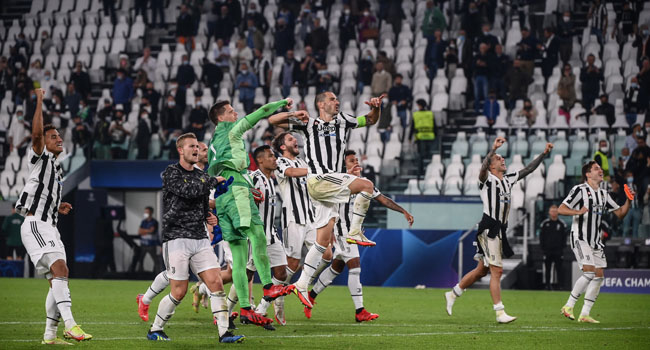 Federico Chiesa proved to be a big game player once again with the only goal in Juventus’ 1-0 Champions League win over holders Chelsea which could kick-start their faltering season.

Sat 10th in Serie A after a succession of unconvincing performances domestically, Juve top Group H with a perfect six points thanks to a superbly taken winner 10 seconds after half-time from Chiesa, one of Italy’s stars at Euro 2020.

Massimiliano Allegri’s side took down the European champions, despite missing starting forwards Paulo Dybala and Alvaro Morata, with a disciplined performance that sucked the life out of the Blues and restricted them to very little in front of goal.

“We showed the Juventus spirit tonight, and that’s what the coach asks of us,” Chiesa, who has been criticised by Allegri this season, told Amazon.

“There has never been any problem between me and the coach, I do what he asks of me. When Juve start off poorly there is always a lot of unnecessary noise: we all want to take the club back to the top.”

Juve are three points clear of both Chelsea and Zenit, who they play in Saint Petersburg in three weeks.

“The players put in a great performance against the European champions. We were solid defensively and conceded very few chances. (Wojciech) Szczesny barely had a save to make,” said Allegri to Amazon.

“We also missed some really good chances on the counter but I’m happy. We haven’t conceded a goal, we have six points, it’s another step towards qualifying.”

Chelsea dominated the ball in the early stages but it was the home side who had the first real chances of the game, both of which came after pouncing on sloppy passes in midfield.

Adrien Rabiot was barracked by the home crowd in the 16th minute when after sprinting away on a break with almost the entire Chelsea team still upfield, he elected to play a pass to Federico Bernardeschi which was completely mishit and rolled to Edouard Mendy.

Four minutes later it was Chiesa’s turn to show the Blues a clean pair of heels after pinching the ball, only for his low shot from a tight angle to drift just wide.

Juve’s gameplan of sitting in and stopping Chelsea from getting a passing rhythm going worked but they initially lacked a focal point and too often let off the hook a Chelsea team missing the dynamism of N’Golo Kante and Mason Mount.

However, they got the goal they deserved immediately after the break through Chiesa, who has had an uncertain start to the season but confidently met Bernardeschi’s through ball to lash home the opener at the near post.

Chelsea responded by again pressing Juve back into their box but again struggled to break through the hosts’ well-drilled backline.

It was Juve who were wondering how Bernardeschi didn’t double their lead in the 64th minute when he tripped over his own feet with the goal at his mercy.

And they were breathing a big sigh of relief with six minutes left when after a prolonged spell of Chelsea dominance Romelu Lukaku thumped wide after being nicely set up by Mateo Kovacic.

The home crowd roared at the poor finish of Lukaku, former striker at their fiercest rivals Inter Milan, and right after Kai Havertz headed over the bar let out another shout of joy at the final whistle.