HomeNEWSChinese Loans: Anybody That Will Help Nigeria’s Infrastructure Is Welcome – Buhari

Chinese Loans: Anybody That Will Help Nigeria’s Infrastructure Is Welcome – Buhari 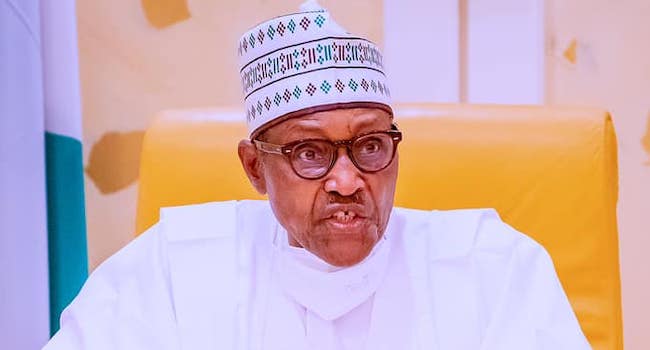 President Muhammadu Buhari on Wednesday defended his government’s decision to source loans from China, saying anyone willing to help Nigeria’s infrastructure is welcome.

According to data from the Debt Management Office, Nigeria has borrowed $2.02 billion as loans from China from 2015 and the country’s debt portfolio from China has risen to $3.40bn as of March 31, 2021.

Speaking on Channels Television, President Buhari stated that whenever there was a need to secure more foreign loans, his administration would do so.

The Commander-in-Chief equally erased fears in some quarters that Africa’s most populous nation might be plunged into a debt trap.

“We take that (loans) where it is necessary. I told you now of something, what it is used to be between Lagos and Ibadan alone not to talk of the rest of the country,” he said.

“But we got the Chinese to help us in the rail and the roads, how can we turn that down? If we had turned that down, maybe between Lagos to Ibadan, you will have to walk.

“So the Chinese are welcome, anybody that is prepared to come and help us and our infrastructure to do the roads, the rail and power will be welcomed.”

Away from the Chinese loans, Buhari also spoke on a wide range of national issues including his decision not to sign the Electoral Act Amendment Bill.

Buhari had declined assent to the bill, citing the inclusion of the direct primaries mode of elections.

According to the President, he will sign the bill if the National Assembly makes the needed adjustment.

“All I said (is that) there should be options,” he said. “We must not insist that it has to be direct; it should be consensus and indirect.”

Asked if he would sign if the lawmakers effect the change in that direction, he affirmed, “Yes, I will” I will sign.

He added, “There should be options, you can’t dictate to people and say you are doing democracy. Give them other options so they can make a choice.”

‘We Cannot Release Him,’ Buhari Says Nnamdi Kanu Should Defend Himself In Court