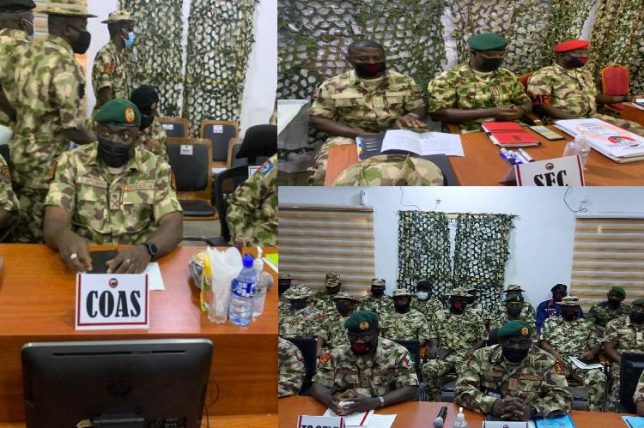 The Chief of Army Staff Lieutenant General Ibrahim Attahiru says the Nigerian army would not be deterred by the recent surge in attacks by Boko Haram Insurgents as the army remains committed in ending the insurgency bedevilling the North-East region.

The Chief stated this when he paid a two-day operational visit to the Theatre Command Operation Lafiya Dole in Maiduguri.

His visit comes at a time when the state has experienced over ten attacks by the Boko Haram insurgency in the Month of April alone.

While speaking to journalists shortly after a closed-door meeting with top officers and men of the command, Lieutenant General Ibrahim Attahiru affirmed the army’s commitment to bringing an end to the insurgency.

The Army Chief also visited wounded soldiers at the Maimalari cantonment hospital Maiduguri urging them to be resolute and assured of his support to their welfare.