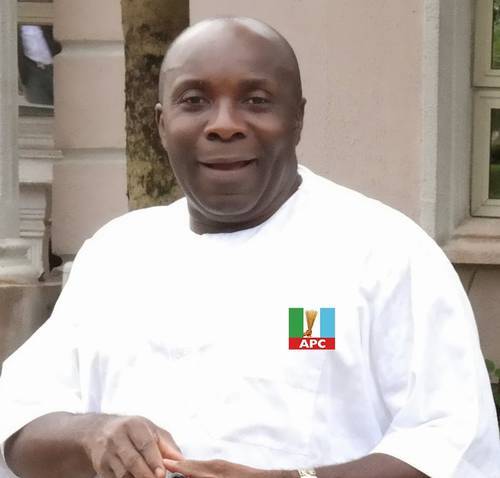 Stakeholders of the All Progressives Congress APC were on Saturday night thrown into confusion following conflicting news that the planned membership registration and validation exercise scheduled to flag off on. Monday nationwide, had been postponed.

However, Secretary of the APC Caretaker /Extraordinary Convention Planning Committee (CECPC) Senator. John James Akpan Udoedehe has risen to denounce the report as fake news. He insisted that the exercise is proceeding as planned.

He described the purported postponement as highly mischievous.

A statement signed by him says that the programme has not changed and will proceed with the inauguration of State Membership registration committees and followed by training of trainers doe program implementation teams.

“A “NOTICE” in circulation and ascribed to the APC CECPC National Secretary, Sen. John J. Akpan Udoedeghe Ph.D. is fake and highly mischievous.”

“The APC membership registration, revalidation and update exercise remains on course and commences as scheduled in the attached timetable.”

“As earlier announced, the CECPC has approved the constitution of State Membership Registration Committees for the Party’s nationwide membership registration, revalidation and update exercise. This will be followed by a train-the-trainer workshop.”