HomeNIGERIAContainerized truck falls on car with 4 occupants in Lagos

Containerized truck falls on car with 4 occupants in Lagos 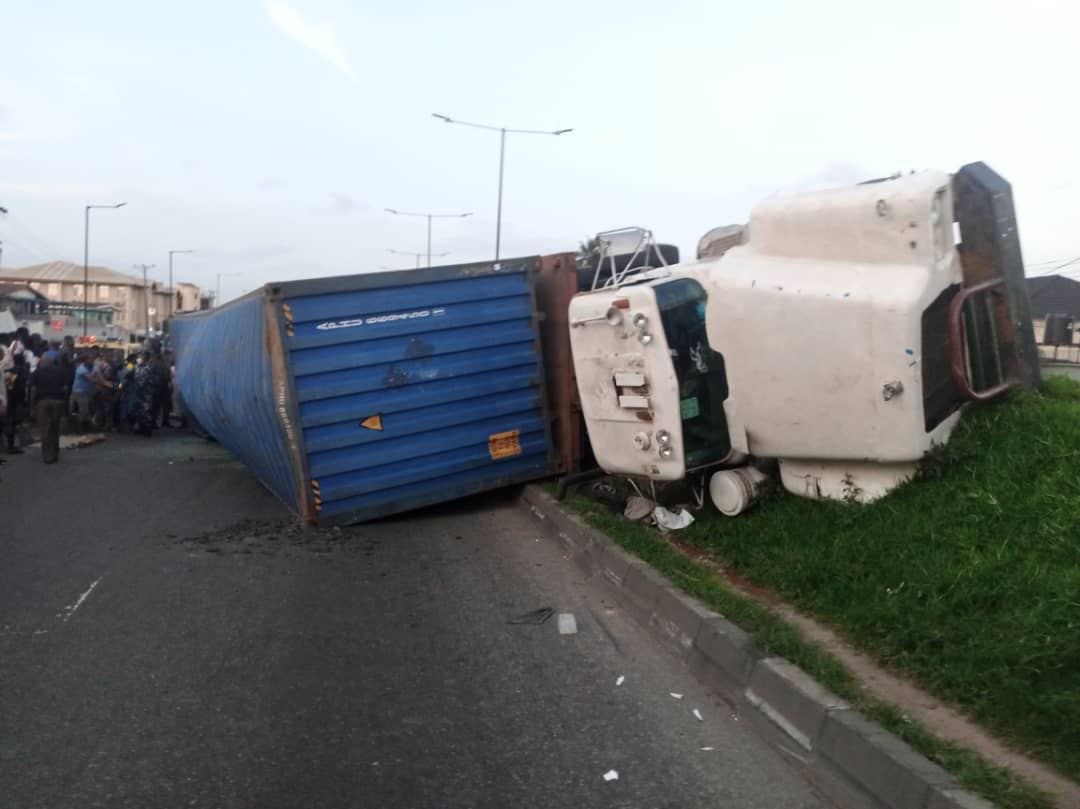 The Federal Road Safety Corps (FRSC) in Lagos State has provided an update on the crash that occurred Sunday night at Ojuelegba, inward the Stadium area on Funsho Williams Avenue.

The victims were attended to by the Lagos Ambulance Service, LASAMBUS.

Ogungbemide noted that the crash would have been more devastating if the container was properly twist locked.

The commander hailed security and emergency agencies for their swift response.

He also commended the Lagos government for providing rescue equipment that made the operations seamless.

Devil pushed me to impregnate my daughter – Man confesses in Ogun