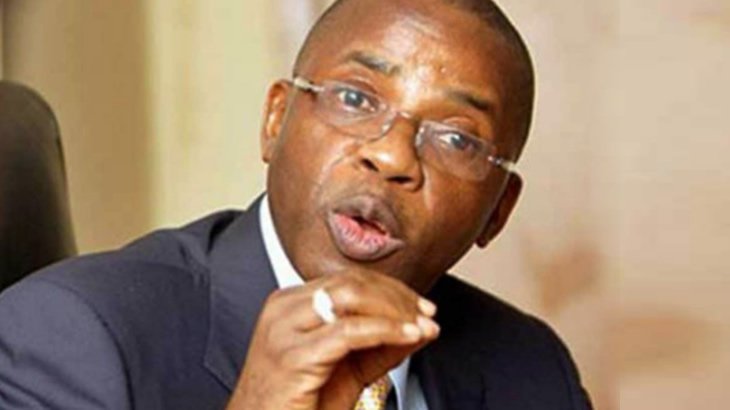 A Federal High Court in Abuja has ordered the Attorney-General of the Federation (AGF) and Minister of Justice to take over the prosecution of a former Imo Governor, Ikedi Ohakim charged with cybercrime related offences.

In a ruling on Monday, Justice Taiwo Taiwo held that the AGF possesses an unfettered power to prosecute criminal offences on behalf of the Federal Government.

Justice Taiwo rejected move by the Nigeria Police Force (NPF) to discontinue the case, noting that the notice of discontinuance filed by the police was without merit.

The judge held that where issues have been joined in a criminal matter, a notice of discountenance is brought by way of motion on notice.

Justice Taiwo further held that the court cannot give effect to the notice of discountenance filed by the police.

He then adjourned till October 21, 2021 for Ohakim’s arraignment on the charge filed by the police.

The police, in the charge, marked: FHC/ABJ/CS/287/2020, accused Ohakim and Chinedu Okpareke of threatening to release nude photographs of ChinyereAmuchienwa, if she fails to drop charges of attempted kidnap she levelled against them.

Ohakim and Okpareke were also accused by the Police of threatening Amuchiewa and harassment her.

They were further accused of knowingly and intentionally transmitted communication through a computer system to harass and bully Amuchienwa, an offence that is punishable under Section 24(1)(a) of the Cybercrime Act 2015.

Insecurity: We Need Berlin Kind Of Walls On Our Borders – Navy Tells Reps