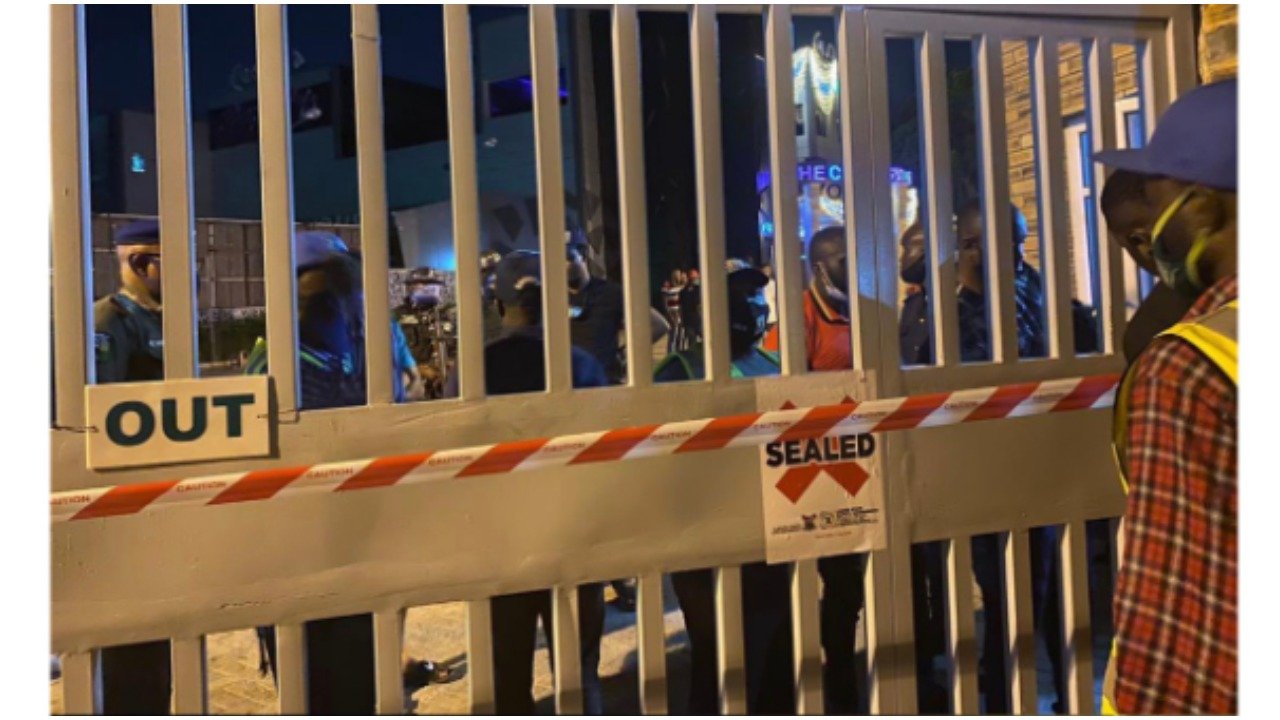 Security operatives have sealed off Cubana nightclub, Ikeja GRA, and other facilities over failure to adhere to COVID-19 guidelines.

Both the Lagos State Safety Commission and Lagos State Police Command shut down the nightclub and other facilities early Sunday morning.

In a video that surfaced online, the police led by the Lagos State Commissioner of Police, Hakeem Odumosu, sent the club-goers out of the Cubana building before shutting the facility.

“Lagos State Commissioner of @PoliceNG CP Odumosu personally led a team that dispersed club attendees before shutting down Cubana, Ikeja GRA for failing to comply with #COVID19 guidelines,” he tweeted.

This is coming about 48 hours after the Lagos State Governor, Mr. Babajide Sanwo-Olu, banned carnivals, concerts, and street parties until further notice, following the increase in coronavirus cases in the state.

Sanwo-Olu, in a statement on Friday, also returned the restriction that in places of worship in the state, no gathering must exceed 50 percent of the maximum capacity of the venue.

He further directed all public servants from Grade Level 14 and below, except emergency workers and first responders, to work from home for the next 14 days starting from Monday, December 21 in the first instance.

The COVID-19 Incident Commander said that there was a resurgence of COVID-19 and the state could not afford to relax the battle against the virus.

He warned that the state government would not hesitate to bring the full weight of the law to bear on any person or organization caught breaching public health regulations and protocols with regards to the coronavirus disease.

“The following measures must be noted and complied with: All public servants from GL 14 and below, except emergency workers and first responders, are to work from home as from Monday, December 21st for the next 14 days – in the first instance.

“All schools must shut down with immediate effect, and until further notice.