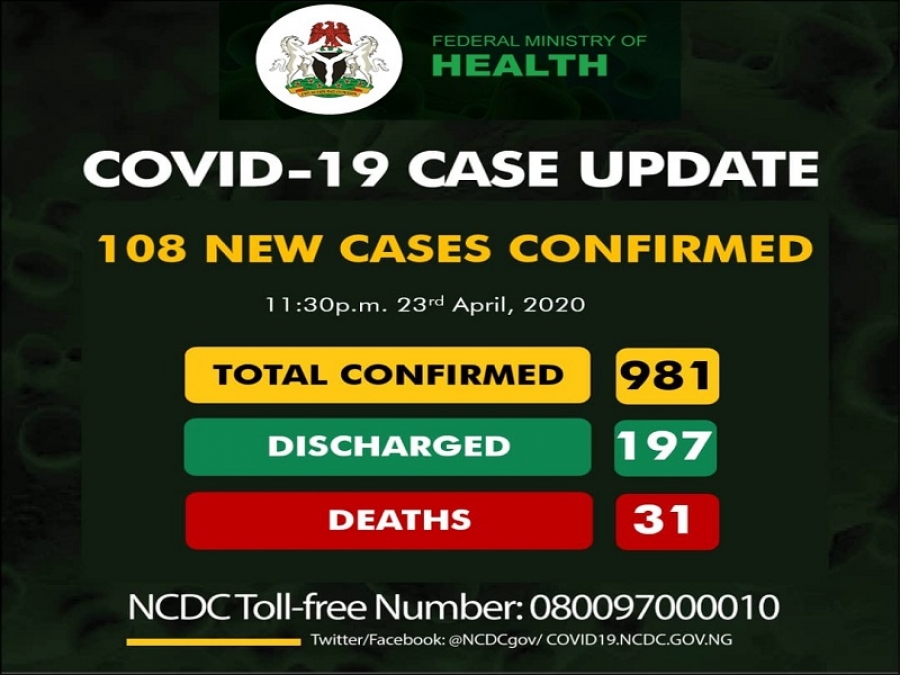 The Nigeria Center for Disease Control, NCDC, says about six persons have died in the last 24 hours following complications from the COVID-19 disease.

The health agency, while making the announcement on Tuesday morning, said 670 fresh cases were also recorded in 10 states and the Federal Capital Territory, Abuja.

NCDC made this known in an update posted on its official Facebook page.

The development brings the total number of confirmed cases in the country to 244,120, with 216,180 recoveries, while about 3,045 patients have died following complications from the dreaded virus.

“A breakdown of cases by State can be found via http://covid19.ncdc.gov.ng“.