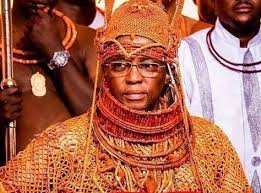 The cancellation of the thanksgiving service which is the grand finale of the Igue Festival is occasioned by the resurgence of the global pandemic, the COVID-19, in the country with a daily spike of an average 600 new infections daily in the past two weeks across the country.

A statement endorsed by the Secretary, Benin Traditional Council,  BTC, Frank Irabor,  on Saturday,  stated that: “The Benin Traditional Council wishes to inform the general public that the worship at Holy Arousa Church by His Royal Majesty, Omo N’Oba N’Edo, Uku Akpolokpolo. Ewuare II, Oba of Benin on Sunday 27th December 2020, has been canceled due to the second wave of Covid-19”.

The BTC,  it would be recalled,  had on Thursday,  issued a statement inviting the general public to worship in the church with Oba Ewuare II as part of the celebration of the annual festival.

A day later,  Governor Godwin Obaseki, in a statewide broadcast,  alerted Edo State residents of the looming dangers as the pandemic entered its second wave,  which health experts said is deadlier than the first wave. The governor thereafter urged the people not to lose their guard and made the wearing of face marks compulsory, just as he postponed the resumption of all schools to January 18, 2021,  as against the earlier date of January 4, 2021.

The Igue Festival, an annual homage paying festival to the Benin monarch, is celebrated by the Bini people every December, to mark the end of the year and to usher in the new year.