HomeNIGERIADangote Refinery to employ over 250,000 Nigerians

Dangote Refinery to employ over 250,000 Nigerians 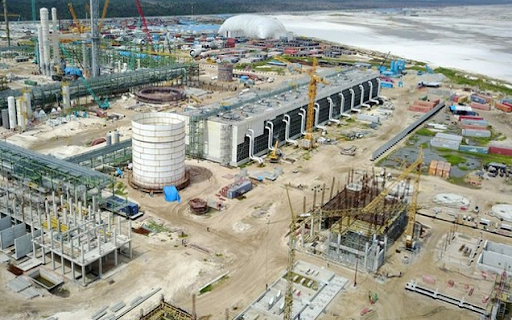 The management of Dangote Refinery and Petrochemicals has disclosed that the 650,000 barrels per day project will create jobs for not less than 250,000 Nigerians when completed and fully operational next year.

Group Executive Director, Strategy and Capital Projects, Dangote Industries Limited, Mr. Devakumar Edwin, told reporters at the site that the company’s Refinery has the potential to turn around Nigeria’s economy with the employment of thousands of Nigerians for direct and indirect jobs.

He said the huge unemployment rate of Nigerian youths and the need to make the country self-reliant in fuel consumption and attract much needed foreign exchange through export of the products were reasons that motivated the President of Dangote Group, Aliko Dangote to venture into manufacturing.

The Dangote Group boss said he was very optimistic that the refinery will be a game-changer for Nigeria and the rest of Africa.

In the same vein, Edwin also assured that other things being equal, Dangote Fertilizer plant’s products will hit the market this month.