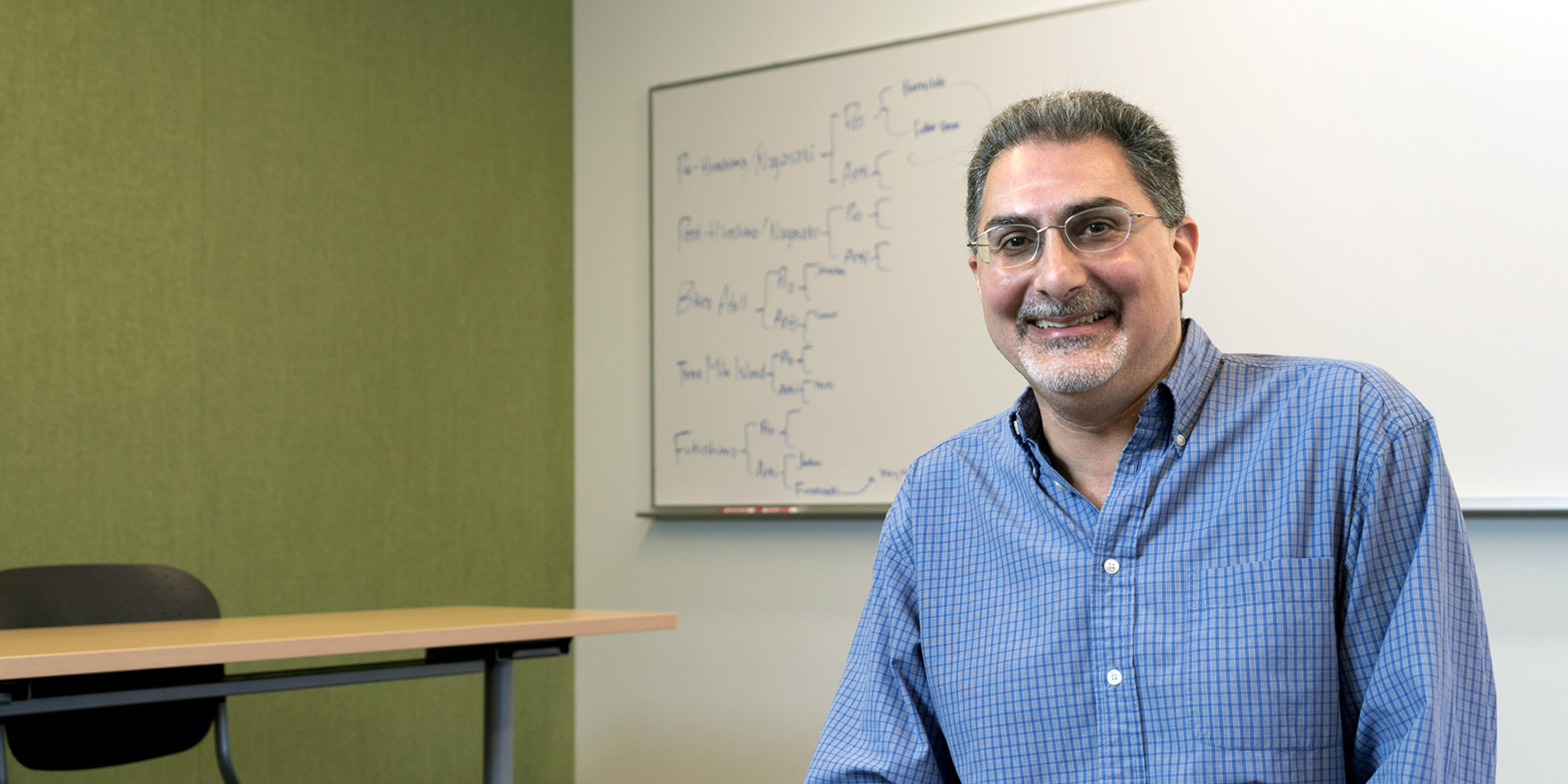 How can the world get the benefits that technology has to offer and at the same time mitigate some of the harms that have come to light that some of the technology companies appear not to redress as forcefully as they should?

The dilemma of controlling technology or being controlled by technology took center stage at the 9th annual Gershowitz Conference of Media and Democratic Governance hosted by the Center for Media and Peace Initiatives and Rutgers University’s School of Public Affairs and Administration.

Leading off the conversation, Professor Mehran Sahami of Stanford University, California explored the contemporary challenges of the world of technology in relation to information sharing, algorithmic decision making process, disinformation, future of work, machine learning, data privacy, free speech, and the emergence of a democracy  “that’s capable of governing technology.”

The last few years, according to the academic, has seen a real shift toward tech pessimism, people talking about things like privacy breaches, and impact on elections through misinformation that was being circulated through social networks. Instead, what we found was sort of a Utopian view that technology was going to help us solve all these problems to a very dystopian view that just talked about the ills of technology.

Professor Sahami while reflecting on the theme of the conference “Pandemic Paralysis: What the Media and Government Learned” noted that “what happened in the last year and a half through the COVID-19 pandemic was that many children were allowed to keep going to school because  they could go to school remotely as a result of technology allowing for things like video conferencing. Technology allowed work to continue for many workers as well remotely from offices. There were things like social networks that allowed us to keep in touch with friends and family even when we physically couldn’t be with them.”

With slides and references to “System Error: Where Big Tech went Wrong and How we can Reboot” – a book he co-authored withRob Reich  and Jeremy Weinstein, Prof. Sahami argued that Facebook’s stated mission of ‘connecting the world’ was fraught with confusion in terms of the benchmarks to measure connections in the world. “You could actually be upsetting more people by driving these clicks …what looks to you like you are actually doing a great job of getting people to interact with content when in many cases that content could be upsetting to them or giving them misinformation that is sugar coated to look even more attractive.”

Sahami, the Associate Chair for Education in the Computer Science department at Stanford University decried what he described as the deliberate indifference of politicians for about 25 years to regulate technology. “In some sense, a deliberate decision was made in the mid 1990’s to create a regulatory oasis around technology companies to allow them to flourish following the repeal of commercial restrictions that existed at the time on the Internet and the enactment of the Communications Decency Act with sections 230, which is now hotly debated.”

He told the conference participants that the world needed important safeguards in the technology sector around things like basic privacy rights, understanding the impact of automation and then thinking about what kinds of policies for education and necessary re-skilling to absorb potential shocks to the system or technological displacements from jobs as Artificial Intelligence becomes more and more sophisticated.

In the words of Prof. Sahami, “policy makers need to take the time to understand more about technology and technologists need to take the time to get involved in the policy making process to ensure that public policies actually reflect both the good and the bad of technology to mitigate those harms in an intelligent way, while also understanding complexities that come from making policies.”

He concluded that the dilemma posed by  technology could be resolved when everyone’s involved and everyone makes their voices heard and so that becomes the challenge for everyone.

Earlier while declaring the conference open, the Dean of the School of Public Affairs and Administration, Rutgers University, Dr. Charles Menifield explained that the forum – a partnership between Rutgers and Center for Media and Peace Initiatives – was established to explore the intersection between journalism and public policy, and in particular, media’s impact on democratic governance in both emerging and advanced democracies.

In his remarks, Gabriel Gershowitz, an Attorney with New York-based law firm -DLA Piper LLP, and son of Michael Gershowitz observed that his father would have been alarmed and distressed by the tone in the media today and the way the government, unfortunately, has handled the pandemic in terms of disinformation. “It’s an interesting time with private or publicly owned platforms, really quasi media platforms being used to spread information in ways that are not accountable in terms of accuracy and truthfulness and integrity,” said the young Gershowitz.
He expressed the hope that the next generation of the Gershowitz family would be learning from CMPI and Rutgers and participating in and supporting this conference.

The President of  Center for Media and Peace Initiatives, Dr. Uchenna Ekwo expressed the hope that the array of speakers and participants would provide practical ideas related to the conference theme: “Pandemic Paralysis:What the Media and Government Learned.”

As you can see, observed Dr. Ekwo, the current problem of the pandemic changed a lot of things – professions, teaching, lives, health, everything, and that’s why we assembled experts with stellar knowledge on current issues to share their thoughts from the perspectives of different professions such as  in the fields of journalism, technology, politics, science, and medicine.

Other speakers at the conference included Dr. George Hill – a forty year veteran physician and surgeon, Mr. Alain Tchegnon – a COVID-19 Response Specialist at Philadelphia Department of Public Health, and Mike Wagenheim, Senior U.S. Correspondent at i24NEWS who spoke on the response of the Israeli government to the pandemic.