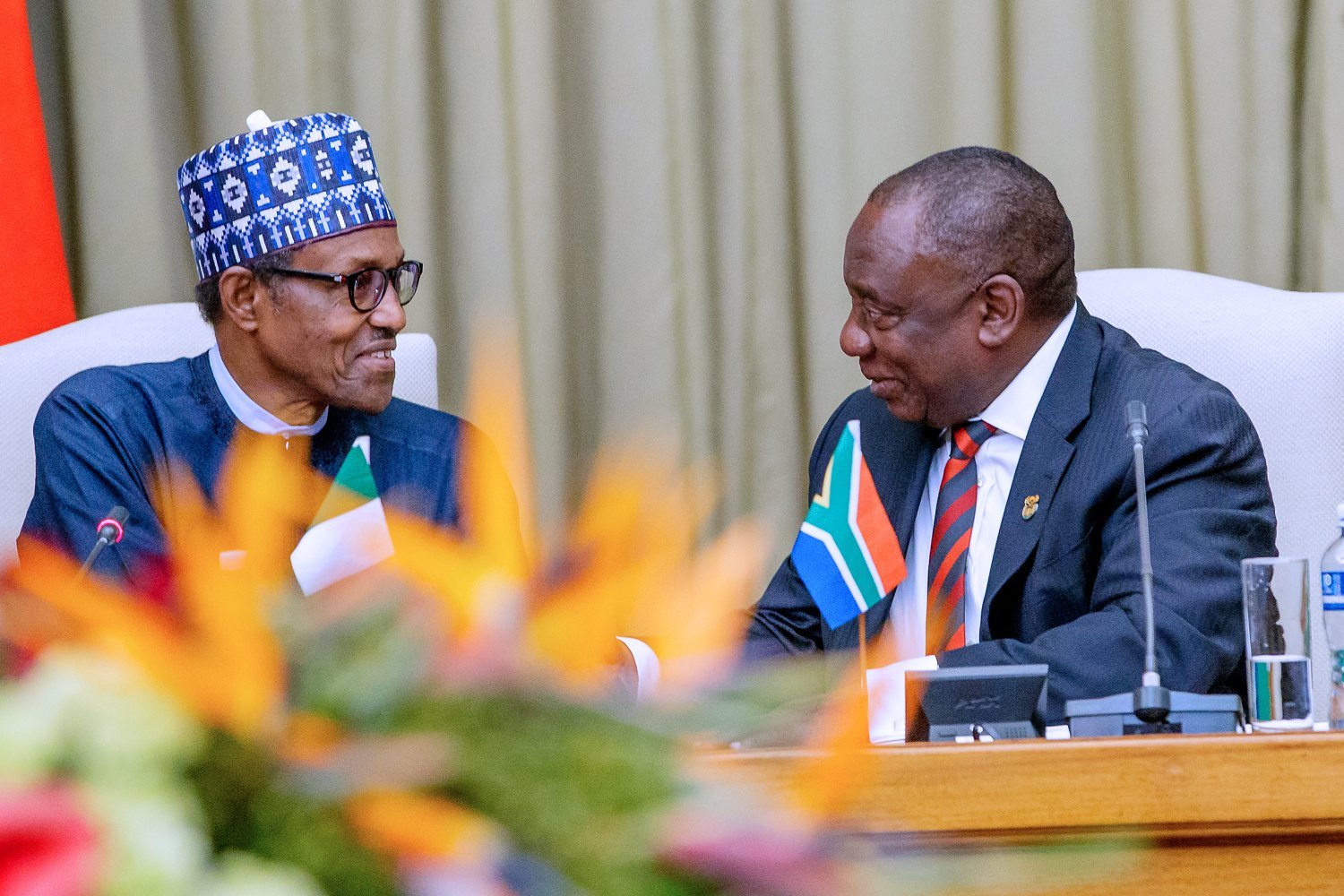 President Muhammadu Buhari has urged a stronger emphasis on people-to-people relations between South Africa and Nigeria to evolve a bond that will be of benefit to both countries and the African continent.

President Buhari stated this when he received President Cyril Ramaphosa of South Africa at the State House, Abuja on Wednesday.

The Nigerian leader said that Nigeria’s commitment to improving a special relationship with South Africa, which would translate into gains for the continent, particularly in education, science, trade and investment, tourism, and security.

He also said that we need to ensure that our people-to-people relations are enhanced to a point where there would be no need for unhealthy competition.

President Buhari told ministers and government delegates of both countries that a strong bond of brotherhood between Nigeria and South Africa would be of great benefit to Africa as a catalyst for economic, technological, social, and cultural development and as a force for peace and security on the continent.

President Buhari said it was fulfilling that despite all the challenges posed by the COVID-19 pandemic, the BNC was still holding on schedule.

At the end of the Summit, President Buhari expressed his delight at its successful conclusion, calling it, heartwarming and a source of great pride that we have been able to further cement the special bond of fraternal friendship between our two countries.

He also remarked that the agreement on Early Warning Mechanism would “improve the people-to-people relations of our two countries.