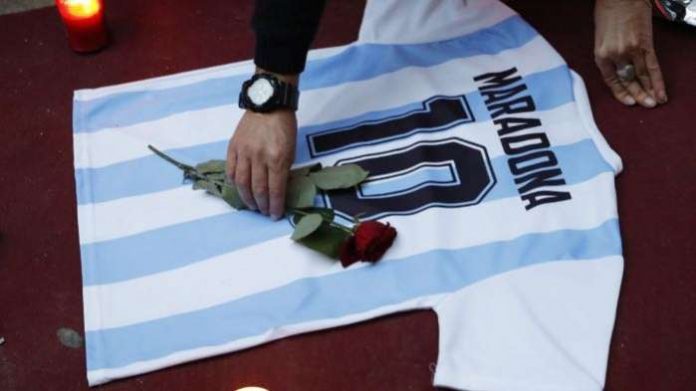 Diego Maradona’s relatives began fighting over his £37 million fortune — with at least 16 battling for a slice.

The Argentine footie legend, who died from a heart attack last month aged 60, did not leave a will.

Their claims were staked at a secret location in Argentina’s ­capital Buenos Aires last night.

But seven more alleged love-children, plus four of Maradona’s five sisters, were also said to be vying for chunks of his legacy.

A source in Buenos Aires told The Sun of UK: “The battle for Maradona’s money won’t just be contested — it will be a World Cup.”

Court papers have revealed his estate includes cash in Switzerland, Dubai and Buenos Aires, property across the globe and a fleet of luxury vehicles.

Maradona is said to have signed a will in 2012 — but scrapped it four years later.

Argentine law bans his children being disinherited and requires all to be given equal shares.

A source said : “With no will, children close to Maradona and some he has never met will all be able to claim an equal share of his fortune.

“That is clearly unacceptable to children who were part of his life for years and feel they have been cheated.”