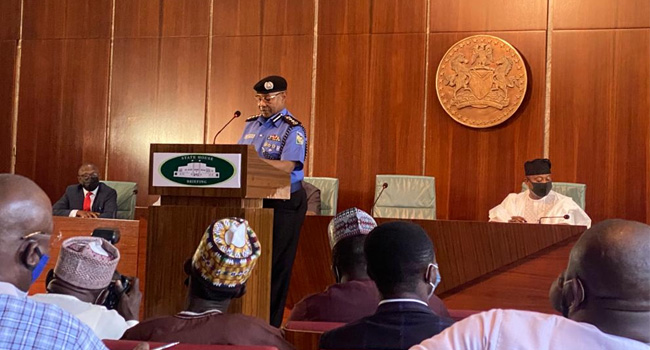 The acting Inspector-General of Police (IGP), Alkali Usman has said that the disbandment of the Special Anti-Robbery Squad (SARS) created a vacuum which is challenging efforts by the Police to tackle insecurity in the country from a position of strength.

The acting IGP stated this on Thursday at a presidential briefing organized by the Presidential Communications Team at the statehouse in Abuja.

According to him, the aftermath of the EndSARS protest equally dampened the morale of the officers of the force.

The IGP also indicated that the police have recorded successes against secessionist groups and criminals in the southeast.

He noted that prosecution to ensure justice is served has remained a major challenge because of the ongoing strike by judiciary workers.

On the recruitment plan involving 10,000 new police personnel into the force, he disclosed that the process has reached nearly 70 percent completion assuring that the exercise would continue to employ the Federal Character principle.

Let Us Not Deceive Ourselves, Things Are Not Alright – Sultan Abubakar