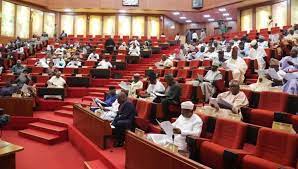 The Department of Petroleum Resources (DPR) will soon cease to exist once the board members of the Nigerian Upstream Regulatory Commission (NURC) swings into action.

Senate President Ahmad Lawan stated this on Wednesday after the Senate confirmed the appointment of board members of the commission.

NURC is one of the creations of the Petroleum Industry Act (PIA) for the liberalisation of the oil and gas industry.

They were confirmed after the Senate considered the report of its Committee on Petroleum Resources, which screened the nominees.

President Muhammadu Buhari, in line with provisions of PIA, had forwarded their names to the Senate for confirmation last week.

Senator Chukwuka Utazi (PDP Enugu), while contributing to the debate on the revised 2022-2024 fiscal framework, said DPR should no longer be subjected to control of the Nigerian National Petroleum Corporation.

Reacting, the Senate President said: “We need to get the laws passed right. The question of DPR being controlled by the NNPC will not arise again once the NURC swings into action.

“The DPR, in a nutshell, will cease to exist the moment the approved board of NURC start working.”

Chairman of the Senate Committee on Petroleum Resources (Upstream), Senator Albert Bassey Akpan, said the nominees demonstrated sufficient knowledge of the workings of the petroleum industry, especially the upstream petroleum sector, as well as the economics of petroleum exploration and production.

He added that the appointments of the nominees satisfy the requirements of Sections 11 and 18 (1-5) of the Petroleum Industry Act, 2021. Lawan said the establishment of the Nigerian Upstream Regulatory Commission would provide a foundation for the stabilization of the petroleum industry in Nigeria.