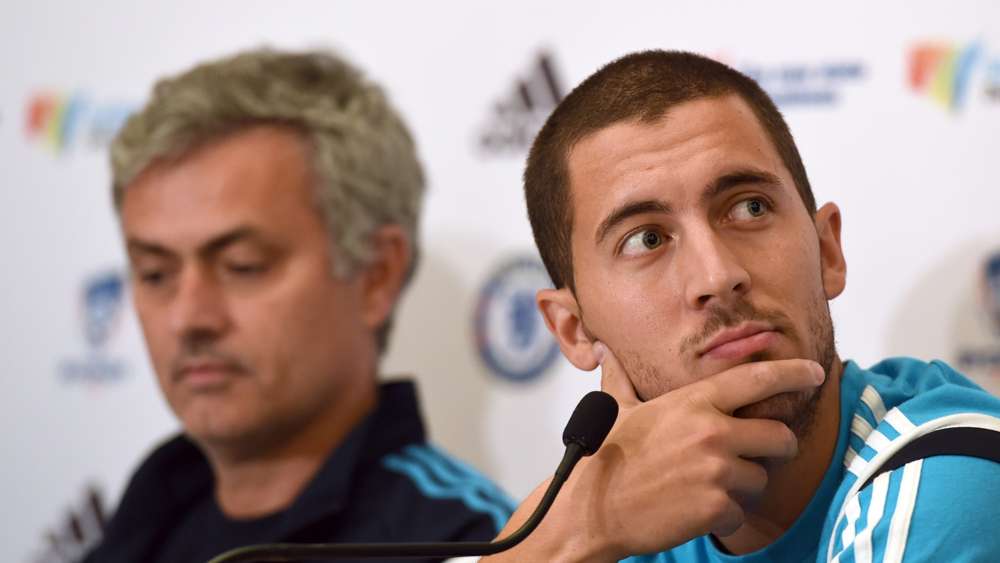 AS Roma manager, Jose Mourinho, has criticized Eden Hazard, claiming the Real Madrid midfielder is an amazing player, but could be better if he was not an “awful” trainer.

Mourinho worked with Hazard for two and a half seasons at Chelsea.

During their time together, they won the Premier League, Europa League and League Cup.

“He is an amazing player with awful training.

“You can only imagine what he could be with a super professional attitude in training.

“In the end, he is an amazing kid, he is an incredible family man, he looks like he doesn’t belong to this generation of players, he’s very quiet and is totally focused on family, on kids, on parents, on a very quiet life.

“But he gets onto the pitch every morning and he doesn’t work much,” Mourinho said during an interview on talkSPORT.