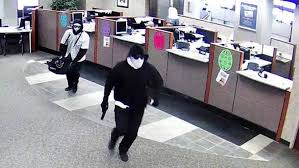 The Oluyin of Iyin-Ekiti, Oba Adeniyi Ajakaye, lamented on Saturday that his community had been thrown into confusion as regards their banking activities since the only bank in the town was attacked by robbers and was consequently closed down.

Ajakaye, who said the community had yet to fully recover from the trauma occasioned by the robbery, canvassed among others, increased funding for security agencies and the wherewithal for the Amotekun Corps to procure modern gadgets and deployment of technology to stem the tide of robberies, kidnappings, banditry, and other crimes.

The traditional ruler, who spoke in a chat with our correspondent at his palace, said the community was engaging the management of the first generation bank on quick reopening and gave an assurance that the people would collaborate with security agencies in protecting the bank when reopened.

“It is an unfortunate situation that the only bank in Iyin-Ekiti was attacked by robbers. It is the only bank that people in other adjoining towns used for their transactions and you can imagine what the people are facing now when the bank is not operating,” he said.

The monarch lauded the governors of the South-West states for the creation of the security outfit, saying, “A lot must be done to strengthen the Amotekun Corps in accordance with modern-day policing techniques.

“The recruitment must be localized and traditional rulers should be involved. Besides, there is a need for the personnel to be given modern gadgets for effective policing. That is how they can be effective in tackling crimes such as armed robbery, kidnappings, farm invasion, and others.

“Time has come for the government at all levels to increase funding for security. Residents also have to provide timely information to security agents on strange movements in their vicinities.”