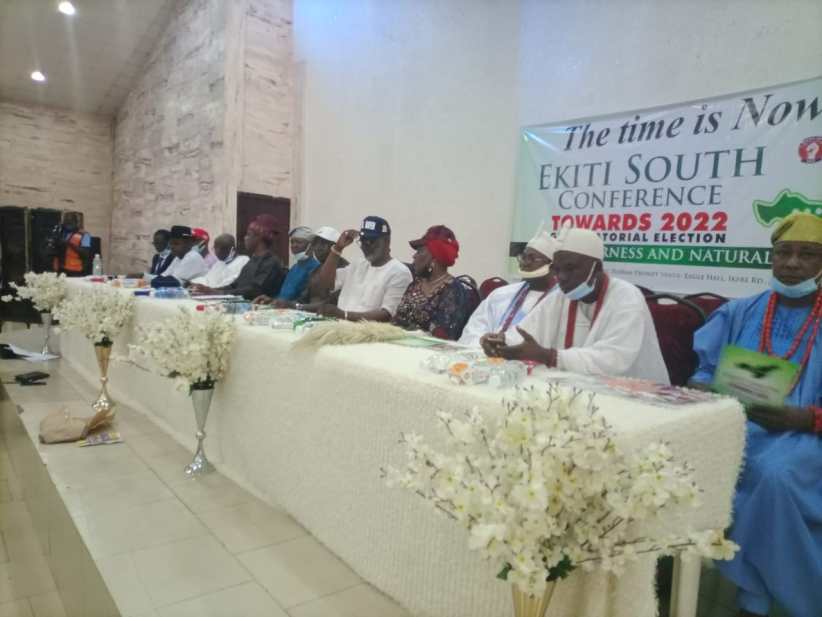 Major players in the Political Space from the Ekiti South Senatorial District have converged on Ado Ekiti to deliberate on taking their chances at the Next Gubernatorial Election slated for June in Ekiti State.

Irrespective of political affiliation, aspirants gathered at the Eagle Hall Ado Ekiti with thousands of their supporters to make their resolve on what they describe as the right of the South.

Some of the Aspirants Present include: Biodun Olujimi (PDP Senator), Femi Bamisile, APC House of Reps Member; Bolaji Aluko, DG office of Transformation and Strategy in Ekiti State; Bamidele Faparusi, Commissioner for Infrastructure and Public Utilities, Kayode Adaramodu of the PDP and many others.