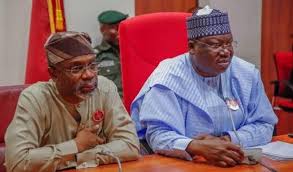 The joint Senate and House of Representatives Committee on the Independent National Electoral Commission and Election Matters has rejected a proposal to allow married underage girls to vote during elections.

Investigation revealed that the proposal did not scale through when it was tabled before the Technical Committee on the Electoral Act Amendment at the end of its three-day retreat held in Abuja last week.

The technical panel consists of National Assembly members, Attorney of the Federation; Chairman of the Independent National Electoral Commission; heads of pro-democratic institutions; and other notable stakeholders in election matters.

It was learnt that members of the joint panel while reviewing the outcome of retreat, agreed with the positions canvassed by participants at the forum and dropped the proposal.

The Chairman, Senate Committee on INEC, Senator Kabiru Gaya, and his counterpart in the House of Representatives, Hajia Aisha Dukku, had said the proposal was part of the memoranda received during the public hearing jointly held by the National Assembly panel on the proposed amendment.

But many stakeholders, especially civil rights groups and lawmakers, had kicked against the provision when it was presented as part of the proposed amendments to the Electoral Act 2021.

They argued, among others, that, it was a smart way of giving legal backing to child marriage.

Gaya confirmed to our correspondent that the proposal did not sail through, as stakeholders unanimously rejected the idea on the grounds that it was in conflict with the constitution, which pegged voting age at 18.

He, however, said the Islamic religion recognises any mother, no matter the age, as being responsible and mature.

Gaya said, “The law recognises an 18-year-old person and above as eligible voters but we wanted to put a caveat that any married lady who is not up to 18 years old should be qualified but the proposal did not sail through.”
Meanwhile, it was also learnt that the joint panel amended the Electoral Act to the effect that INEC now has the power to declare the running mate of any candidate who dies before the official declaration of results as the winner.

The amendment was a sequel to the legal battle that greeted the 2015 Kogi State governorship election when the candidate of the All Progressives Congress, the late Abubakar Audu, who already had the highest number of votes, died before the result of the poll was officially announced.

INEC resolved to postpone further action on the exercise and approached the court for guidance.

INEC ordered a rerun election in areas where the result had not been announced before Audu’s demise.

Audu’s running mate then, Abiodun Faleke, not satisfied with the position taken by INEC, approached the court but the outcome of the legal battle did not favour him.

Gaya said that the decision to recognise the candidate in an election rather than the party was unanimously adopted by members of the panel.