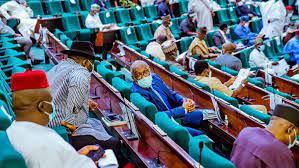 The house of representatives has invited Mahmood Yakubu, the chairman of the Independent National Electoral Commission (INEC).

Yakubu will be briefing the house committees on INEC and appropriations on the cost implication of the electoral body supervising direct primaries of political parties in the country.

The lower legislative chamber passed the resolution during the plenary session on Thursday after the adoption of a motion of urgent public importance sponsored by Leke Abejide, a lawmaker from Kogi state.

In November, the national assembly approved the conference committee report on the electoral bill and subsequently transmitted the legislation to President Muhammadu Buhari for assent.

Among the key amendments in the bill is the approval of electronic transmission of election results and direct primaries for all political parties.

However, the decision to adopt direct primary for political parties has elicited strong opposition from the Peoples Democratic Party (PDP) and some governors of the All Progressives Congress (APC).

Some stakeholders have also raised concerns about the cost implication of direct primaries.

Leading the debate on the floor of the house on Thursday, Abejide said despite the perceived cost implication of the direct primary, the bill is important for the improvement of Nigeria’s electoral process.

He said there is a need for the INEC chairman to tell the lawmakers what it will cost the electoral body to supervise primaries of political parties so that the commission’s budget may be increased if necessary.

“The bill is very critical to the sustainability of our democracy as the aspect of direct primaries will open up the political space for the youth and largely the members of all political parties to participate in all electoral processes starting from the primaries of the general election,” he said.

Abejide said the benefit of the bill outweighs the cost implication of conducting direct primary.

“It is pertinent to give opportunity to the INEC chairman to interface with both committees of INEC and appropriation in order for the nation to know what it will cost the country through INEC, in order to put to rest the insinuations of different figures flying around that is so humongous to undertake direct primaries, which may not be correct after all,” he added.