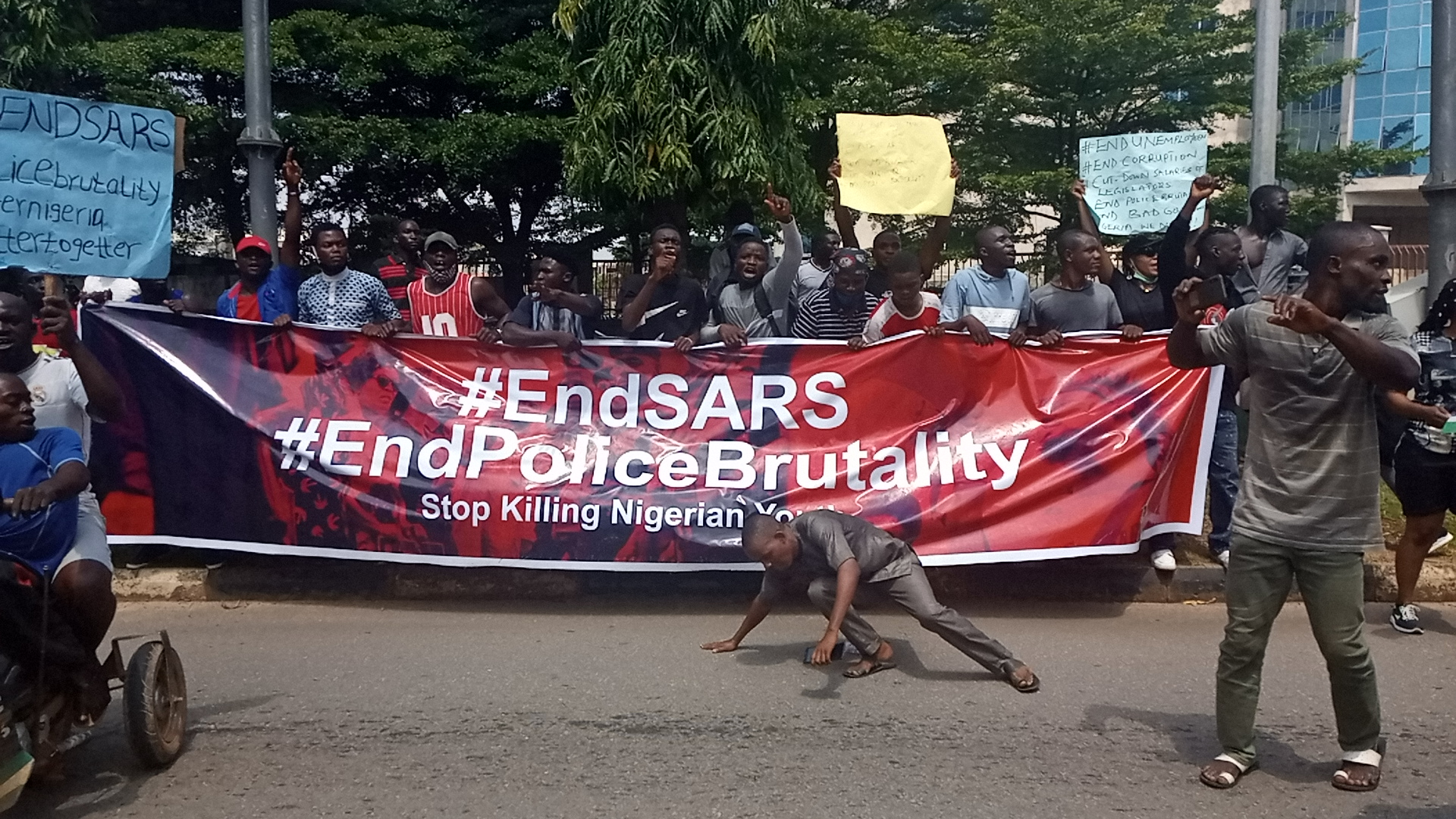 A magistrate’s court in Wuse, Abuja, on Wednesday, granted bail to six #EndSARS protesters who were arrested in front of the National Assembly complex, Abuja.

The six protesters were arraigned before the court shortly after they were arrested on November 6.

The court which refused to grant them bail after they pleaded not guilty to the charges, had ordered their remand in prison.

But on Wednesday, ruling on the bail application filed by the defense counsel, Tope Akinyode, the presiding magistrate granted bail to each of the six defendants in the sum of N50,000 and one surety in like sum.

The magistrate, Abdurazak Eneye, ordered that the sureties must deposit the N50, 000 bail sum at the court registry.

He also ruled that the surety to be presented by each of the defendants must be Nigerian citizens with a verifiable means of identification.

The youths were apprehended by the police at the National Assembly gate where they staged a peaceful protest for the reform of the police.

They also scrawled ‘ENDSARS’ in bright red on the road during their rally.

The group had also staged a protest at the police headquarters and the Nnamdi Azikiwe International Airport, Abuja, last Sunday, where they were dispersed by aviation security operatives.