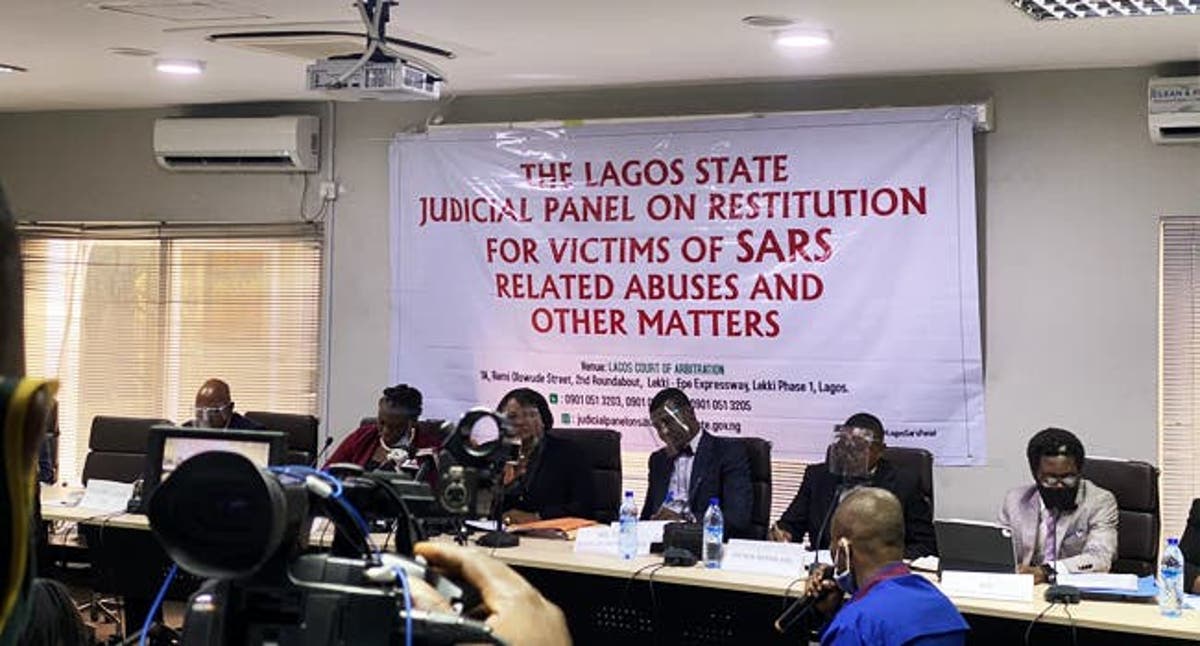 One of the Coordinators of the #EndSARS protests, Serah Ibrahim again failed to show up for her cross-examination on Saturday at the Lagos State judicial panel on restitution for victims of SARS-related abuses and other matters.

This prompted the lawyers representing the Lagos State Government, the Lekki Concession Company, LCC and the Police to ask the panel to strike out her previous testimony.

They premised their application on her continued absence at the proceedings of the panel.

During her previous testimony, Serah, who described herself as a professional auditor said she was at the protest ground every day and in fact helped in coordinating activities.

Led by her lawyer, Yinka Olumide-Fusika (SAN), Serah had narrated how the Nigerian Army and subsequently the police shot at protesters at the Lekki toll gate on the night of October 20, 2020.

She testified that at least 10 persons were killed.

During her appearance at the panel on May 8, Serah came along with several videos, some of which she said she shot personally with her iPhone.

One after the other, she played the videos which according to her demonstrates that soldiers shot at peaceful protesters on the night of October 20.

As she played the videos, she explained to the panel that soldiers shot at the harmless protesters and even took away some of the dead bodies.

Counsel to the Lagos State Government, Olukayode Enitan (SAN), in his application to strike out her testimony told the panel that the witness has been evading cross-examination after making “scandalous and outrageous claims.”

He asked the panel to note that this is about the 4th court sitting that the witness had failed to turn up for and having failed to present herself for cross-examination, she should be deemed to have abandoned the cause.

On her part, the Chairman of the Panel, Justice Doris Okuwobi said members would consider the application and take a decision which would be communicated later.

She adjourned the proceedings till September 11.

Despite Challenges, Trajectory Of Nigeria Is Good – Boss Mustapha