HomeNIGERIA#EndSARS: We won’t force officers to return to work –PSC

#EndSARS: We won’t force officers to return to work –PSC 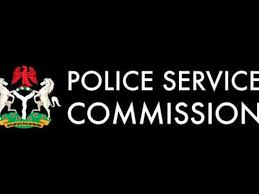 The Police Service Commission (PSC) has denied that it planned to compel police officers to return to duty.

In apparent reaction to a newspaper publication that it had threatened to dismiss officers who failed to return to work, PSC, in a statement by its spokesman, Ikechukwu Ani, yesterday,  declared that it could only plead with police operatives to return to work.

At least, 20 policemen were reportedly killed and several stations torched across the country by mob who hijacked the EndDSARS protest organized to demand an end to police brutality and the disbandment of the Special Anti-Robbery Squad (SARS)

Ani said the commission was in a mourning mood and the reported dismissal threat would be insensitive.

“The Commission will continue to do its best to ensure the police are motivated to do its job.”

“The Commission being the employers of the police is pained that Police men were killed and stations set ablaze throughout the country.”

“It will be very insensitive at this point for anyone to say that the Commission will dismiss any police man who didn’t return to work. The Commission is even at present mourning the deaths of it’s gallant officers who were killed in the crisis,” he said.

Prominent northern leader, Tanko Yakassai agreed that any form of sanctions would  be counterproductive.

“What the government should do is to dialogue with the police and not to sanction or threaten them with punishment. Doing that would be a very wrong approach and would be complicating the issues. The Police Service Commission can only recruit and promote but the operational control of the police lies with the Inspector General of Police. But the question of threatening them would not be in the interest of Nigeria…

“I will suggest they engage in dialogue with them. The police is very important because without them there would be no law and order. I think that by their actions, they are trying to impress their importance on the government,” he said.

But Mr. Don Iroham, retired Assistant Inspector-General of Police and security Consultant is of the view that police will soon return since they are paid with public fund.

“We understand that a handful of SARS operatives were overzealous but we still have good people in SARS and the entire police force. Why declared war on the entire police force to the extent of killing officers, looting amories and burning down police stations?…If the members of the public are serious with their calls for police to come back to the roads, they should go back, carry placards and protest that police should come back to the road as they protested during the EndSARS.”

For  a security expert, MD/CEO zoom lens Security Consulting , Mr Dennis Amachree, the police have no right not to go back to duty because they can’t go on strike.

“But we should understand that their morale is very low. It is not enough to ask them to go back to duty. How are they going to operate, will they go back to road block ? No, we need to dialogue with the police and discuss how they will operate. I suggest that they should go back  but on patrol for immediate solution till we do total restructuring.”

Kabiru Akingbolu, rights activists and legal practitioner described the situation as pathetic situation and an unfortunate one.

“This is because it is now a story of the hunter becoming the hunted. I can tell you without any fear of contradiction that much as I sympathize and empathize with them on the plight of police in Nigeria as a result of the unconstitutional and illegal manner they were manhandled, molested and maimed during the recent nation wide protest, I do not think they have the constitutional right to refuse to go to work. This is because, while other workers or civil servants can go on industrial action, the police cannot because the law, rules, custom and practice of their profession do not recognize or donate such right of action to them. It is just like the marital vow to love in sickness and health. As policemen, they must work and be ready to do so at all time, irrespective of whether there is safety or not more importantly that their major duty under the law is the maintenance of law and order amongst other things. Meanwhile, it is necessary to insure the lives of policemen so that the impetus will be there to sacrifice if the need arises.”

Another security expert ACP Opoola  Taiwo of Titisan Security Ltd,  Said : “The police will surely and very soon return to work. The IGP is moving round trying to motivate them and boost their morale. The criminals who are not friends with the police took advantage of the situation to incapacitate the police so they could have field day. But I am optimistic that they will return to work.”

Regardless, Igbo women under the auspices of Umuada Igbo Nigeria and in Diaspora, have condemned the killing of protesters even while they waved the national flag.

The group comprising of daughters from the seven Igbo speaking States in Nigeria with the ECOSOC status at the United Nations, New York, USA, and Geneva Switzerland, urged the Federal Government to dialogue with protesting youths.

A communique after a virtual meeting of the organization and signed by the President General/Founder, Kate Ezeofor and Chinwe Amakalu said as an association with focus on women, youths, children, and human rights issues, as well as economic and cultural  empowerment, they were saddened by the turn of events.