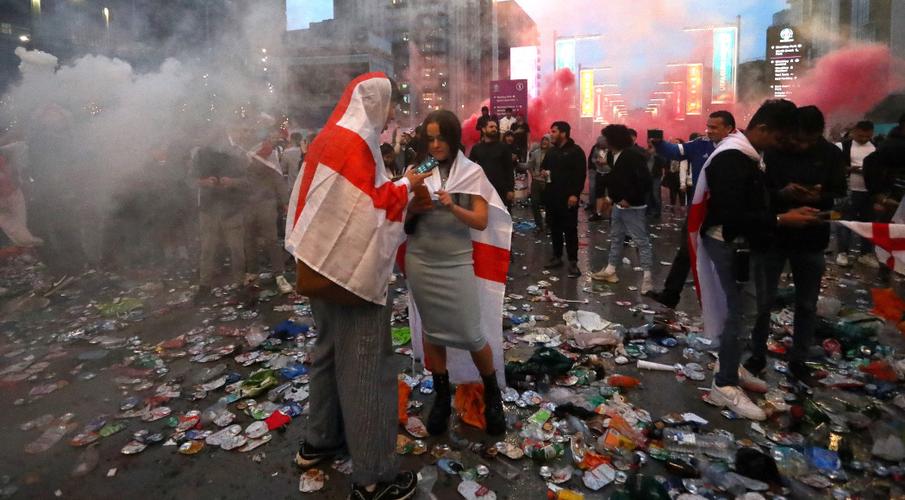 The English Football Association have commissioned an independent investigation after ticketless fans fought their way into Wembley before the Euro 2020 final.

It has been reported that thousands of supporters gained entry to the stadium by storming the gates prior to Italy’s win against England.

There were ugly scenes in the stands and concourses during the game as fans with tickets clashed with those who had broken in.

Outside Wembley, it has been estimated that 200,000 people were in the area for a match with a 67,500 capacity, with the drunken and violent scenes marring the showpiece event.

FA chiefs on Monday said they had informed the Department for Digital, Culture, Media and Sport (DCMS) of the review over the weekend and vowed to identify those responsible for the “disgraceful scenes” both before and during the match.

“We are determined to fully understand what happened outside and then inside Wembley Stadium at the UEFA EURO 2020 Final on Sunday 11 July 2021,” the statement said.

“We informed DCMS at the weekend that an independent review led by Baroness Casey of Blackstock has been commissioned to report on the facts and circumstances involved. It will speak to all parties concerned and include external experts.

“A key emphasis of the findings will be to ensure that lessons are learned and such disgraceful scenes are never able to be repeated.

“We continue to work with the relevant authorities in support of their efforts to identify those responsible and hold them to account.”

Police have since released CCTV images of some of those they want to question.

The behaviour of both those who forced their way into Wembley and the online trolls has been widely condemned.

The shocking incidents have raised doubts about the chances of a successful proposed joint bid by the United Kingdom and Ireland to host the 2030 World Cup.

‘We Can Do It’: Buhari Confident Of Lifting 100m Nigerians Out Of Poverty