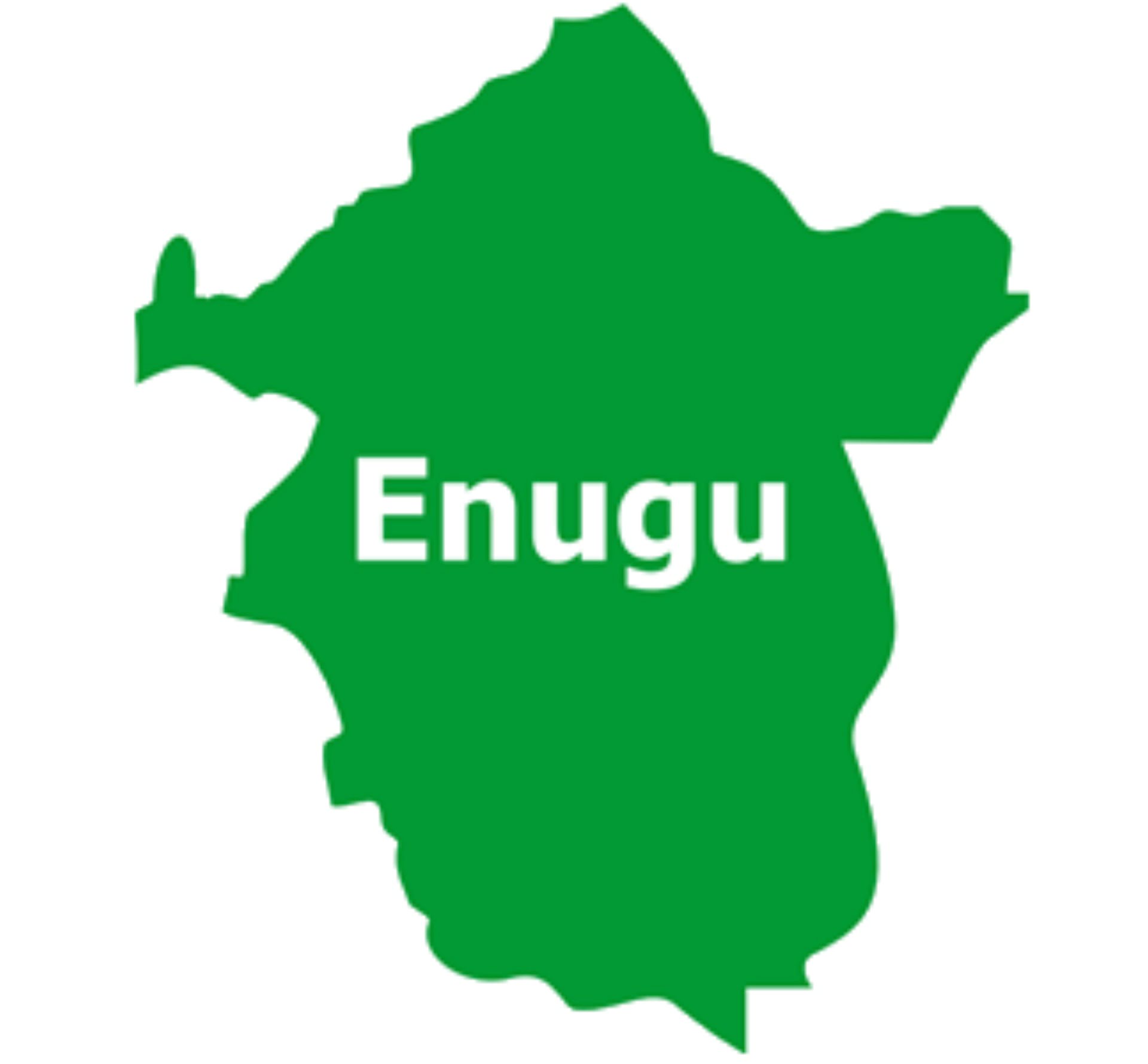 Ahead of the local government election in Enugu State, aggrieved indigenes of Enugu East Local Government Area took to the streets on Saturday protesting alleged imposition of a candidate.

The angry residents, who stormed the Enugu Government House, said they would no longer allow a single family to decide the fate of the entire people.

They said that since the creation of the Council Area, the chairmanship position had remained under the control of one family, vowing not to let the status quo remain.

One of the protesters, Prof. Paul Nnamchi, who said he is from Eko Nike, said they came to register their displeasure over the age-long injustice in Enugu East Local Government Area.

“It is time to move it round for equity, for peace. Call the stakeholders, call everybody, it becomes consensus and not this kind of deceit.

“So, we enjoin the peace-loving Governor of Enugu State to ensure that peace is enthroned in the Local Government. We are one people, Nike is not divided. We are good people, nobody is more than others.

“The Governor should come to our rescue; there is need for fairness, equity and fair play and this is the time.”

Also speaking, Hon. Bethrand Anike said they had suffered so much humiliation and injustice in Enugu East Local Government Area.

He recalled that the Governor invited them on the 5th of January, 2022, during which they were given the opportunity to meet and choose the next Chairman of the Council.

He, however, lamented that “instead of the stakeholders meeting to that effect, the directive of the Governor was flouted. Nobody met anywhere, including the traditional rulers.

“The traditional rulers, the stakeholders, the youths, the women, nobody invited them. This is not democracy; we have a peaceful Governor who has a listening ear but the reverse is the case in Enugu East. But we say ‘No’ to this kind of intimidation. The Governor should invite us and address this matter.”

He said the Speaker of the Enugu State House of Assembly, Hon. Edward Ubosi, who is from the area “came and announced a name to us without discussing with anybody. He told us that the Governor gave him and Reps member, Cornelius Nnaji the authority, by virtue of their position, to appoint, to impose a candidate on us where we are preparing for election. We say we cannot take it.

FA Cup: 22 clubs qualify for next round