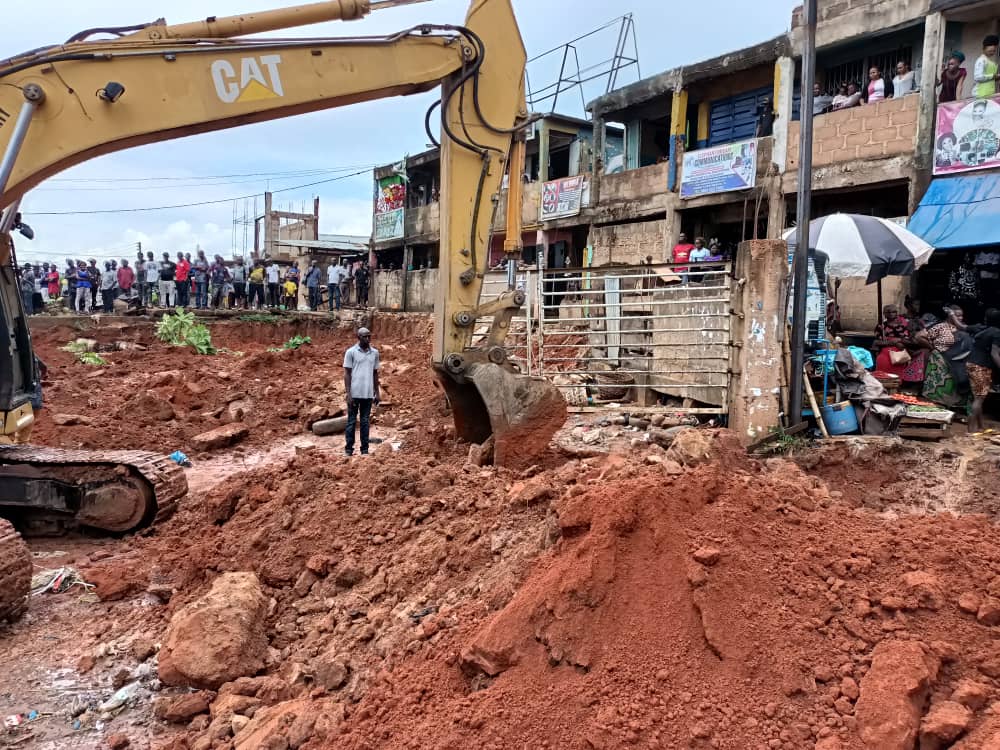 The Enugu Capital Territory Development Authority (ECTDA) has restored roads and streets in the capital city that were previously hijacked by traders and artisans who converted them to illegal shops and mechanic workshops.

Chairman of the ECTDA, Dr. Josef Onoh said that the affected persons were given over one year notice to vacate the converted streets but were recalcitrant, hence the enforcement of the development control activity.

Onoh stated that the administration of Governor Ifeanyi Ugwuanyi was so compassionate that it motivates and supports growth of small scale businesses, but not at the detriment of the capital city development plan.

He noted that ECTDA does not have any business with land acquisition or annexation in clearing the shanties but was in line with the general public notice in the national media on December 31 2020, where the agency notified that it shall carry out general development control activities in all nooks and cranny of the capital territory.

“Development control in any civilized society is a continuous exercise in order that human beings will live in a serene environment and enjoy the liberties enshrined unto them by the law. These exercises are deemed necessary to ensure that those liberties are not breached; hence the Capital Territory will continue onward demolition of illegal structures until sanity is restored.

“We are now using this exercise to notify all people within the capital territory who have converted their fences to illegal shops, mini stores and containers that the development control exercise will still reach them and so we are now giving them the final warming to remove these illegal structures because the agency is now back in full force to sanitize the city, Onoh said.

He disclosed that Governor Ugwuanyi was infuriated at the rate visitors find it difficult to access the city from major entrances, hence his intervention at New market with a promise to extend to other entrance points.

“We will carry on our enforcement to ensure that the remaining traders at the electrical section in Kenyatta are moved to the new Kenyetta by force if they will not move peacefully. They have run out of all excuses. The same will affect the Orie-Emene traders because the ECDTA is coming there, at Abakpa and most especially the Mayor Street traders who are on the roads and these things do not fit into Ugwuanyi’s urban master plan. .

“These offenders have taken our leniency and kindness for granted and we shall actually ensure that they all comply because they are not animals. We are unapologetic of any demolition being executed which is for the greater benefit of everybody in Enugu,” Onoh stated.