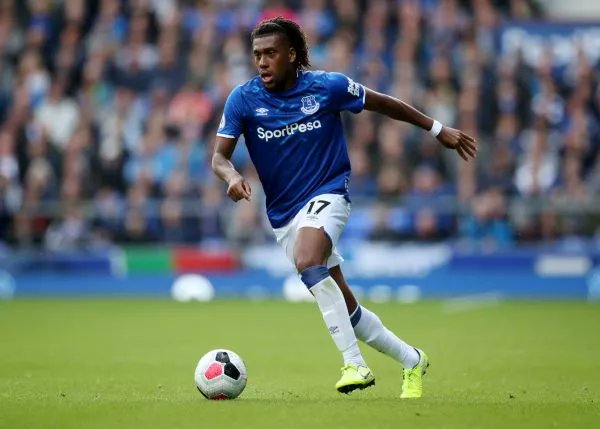 Chelsea spurned the chance to go top of the Premier League as Gylfi Sigurdsson’s penalty earned Everton a vital 1-0 win in front of 2,000 fans at Goodison Park.

A first defeat in 18 games, excluding penalty shootouts, leaves Frank Lampard’s men still two points adrift of Tottenham and Liverpool at the top of the table.

They can extend that advantage to five points when they are in action on Sunday.

The victory lifts Everton up to seventh and within just one point of the top four.

Reece James and Mason Mount hit the post for the visitors, but they were made to pay for one rash moment from goalkeeper Edouard Mendy as he bundled over Dominic Calvert-Lewin and Sigurdsson coolly slotted home the resultant spot-kick.

A £220 million ($291 million) spending spree had seemingly transformed Chelsea into title contenders, but the Blues badly missed the creativity of the injured Hakim Ziyech and Christian Pulisic to break Everton down once the Toffees went in front.

Carlo Ancelotti’s men had slid down the table after a blistering start to the season and the need for Everton’s own big spending to finally pay off with European football was laid bare when the club announced losses of nearly £140 million for the 2019/20 season on Friday.

However, it is Calvert-Lewin, signed for just £1.5 million from Sheffield United four years ago, who is keeping Everton’s European ambitions afloat.

The Premier League’s top scorer failed to add to his 14 goals this season, but was too quick for both Thiago Silva and Mendy to a loose ball and was wiped out by the Senegalese ‘keeper.

Richarlison had to be convinced to allow Sigurdsson to take the penalty and the Icelandic international made no mistake.

Chelsea was nearly level almost immediately as James’s shot from outside of the box was turned onto the inside of the post by Jordan Pickford.

Kurt Zouma then fired too close to the England number one, whilst Olivier Giroud was crowded out when the goal was gaping after Pickford crashed into his own defender Yerry Mina from a long ball forward.

Everton had won just one of their previous seven games after a blistering start had taken them top of the table in October.

However, the limited number of home fans, returning to Goodison for the first time since March, was given a huge win to cheer as the hosts held out with relative comfort after the break.

The closest Chelsea came to an equalizer was a Mount free-kick that came back off the post after wrong-footing Pickford 10 minutes from time.