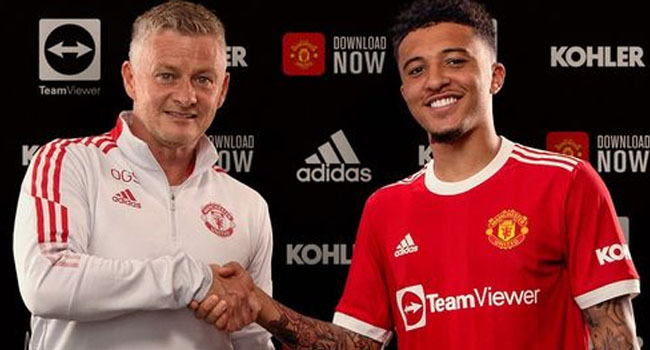 Some players in the Manchester United squad are privately concerned about £73m summer signing Jadon Sancho.

According to the UK Times, they are questioning whether the club made a mistake by signing him from Borussia Dortmund.

Sancho scored 50 times and made 67 assists for the Bundesliga side after joining from Manchester City in 2017.

However, since the 21-year-old arrived at Old Trafford, he has neither scored nor assisted in 10 appearances in all competitions.

It is now understood there are growing concerns within Manchester United that Sancho is struggling to adapt to the demands of the Premier League.

It is claimed players and coaches at Old Trafford have also been unimpressed by both Sancho’s contributions and attitude in training, leading to “major question marks” over his £73m transfer.

‘Its sacrifice’ – Joe Igbokwe reveals why his house was burnt down