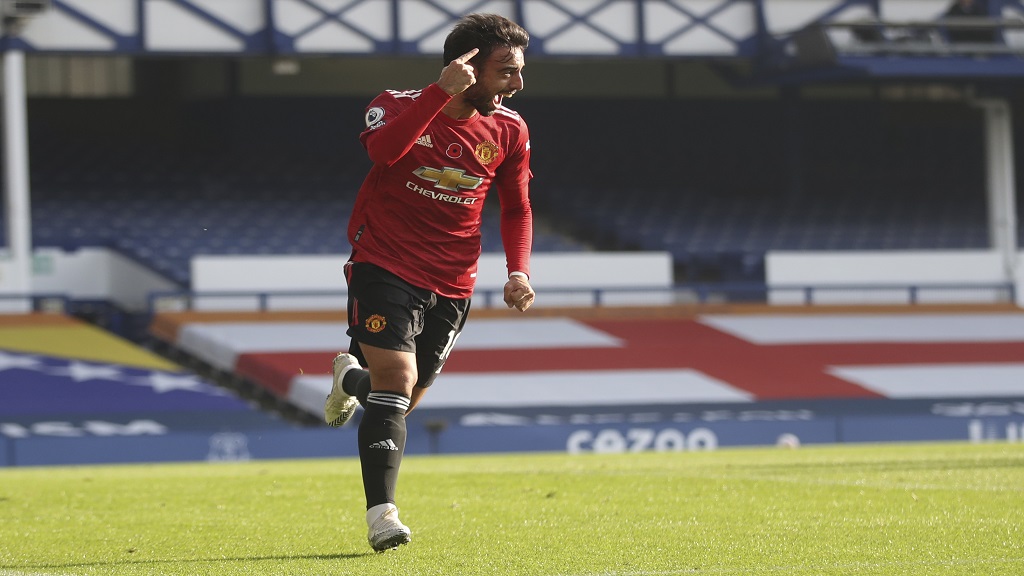 Manchester United are sweating over the fitness of Bruno Fernandes ahead of Sunday’s Premier League clash against Liverpool, the UK Sun reports.

Fernandes was seen “limping heavily” during a warm-down session following United’s 3-2 win against Atalanta in the Champions League on Wednesday night.

It would be a huge blow for manager Ole Gunnar Solskjaer if the 27-year-old is eventually ruled out of the crunch game.

United have not won their last three Premier League fixtures and the comeback victory over Atalanta only bought under pressure Solskjaer more time.

If the Red Devils lose to Liverpool on Sunday, they would fall seven points behind their fierce rivals after nine league matches.

Fernandes has scored four goals in 12 appearances in all competitions for United so far this season.

Solskjaer also has concerns over Marcus Rashford, who got a dead leg against the Italian side, but believes he will be passed fit for Sunday.