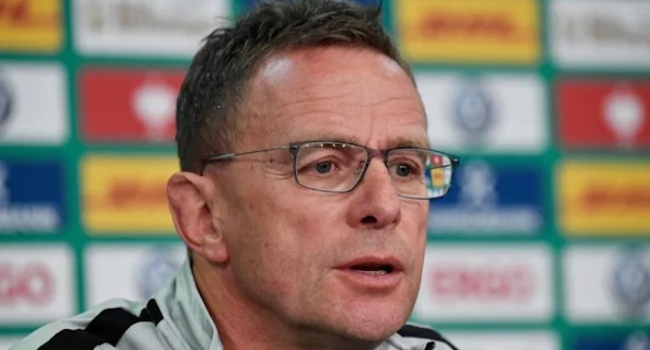 Manchester United interim boss, Ralf Rangnick said he needs a tall and domineering midfielder to replace Nemanja Matic this January, according to The Athletic.

He has been provided with some funds to strengthen the squad he inherited from Ole Gunnar Solskjaer.

And the German has identified his midfield as one area he must strengthen and has one specific quality in mind.

According to The Athletic, Rangnick still feels he needs a tall, domineering presence in central midfield despite the fact that Fred’s form has improved.

United’s assistant Chris Armas, meanwhile, is said to be a huge admirer of USA international Tyler Adams, who currently plays for RB Leipzig, but he is similar in stature to Fred.

Scott McTominay is not seen as Matic’s long-term replacement despite featuring prominently under Rangnick’s reign.