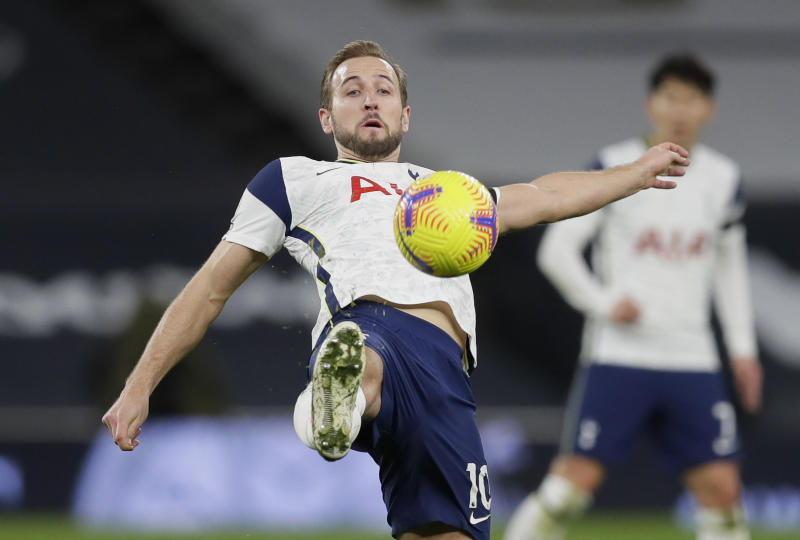 Tottenham have set a price tag of £150m for England striker, Harry Kane, according to Daily Mail.

Manchester United and Manchester City are interested in the 27-year-old and Spurs are willing to listen to them with the record price of £150million.

Kane has served three out of his six years deal with his boyhood club but has not won silverware with the club.

The England International will be ready to leave the club if they fail to qualify for the Champions League this season.

Kane has already scored 21 goals this term and manager Jose Mourinho wants to keep him at the club by all means.

The opportunity to cash in on Kane would pay for around 15% of the club’s stadium and the newspaper claims Spurs would listen to offers of around £150m for the England striker.

Manchester United and their city rivals are set to invest heavily in a centre forward this summer as Sergio Aguero, is likely to leave the Etihad at the end of the season.

Manchester United signed Uruguayan Edinson Cavani on a short-term deal last summer with a view to signing a striker in 2021 for the future.

Should the Manchester sides meet Tottenham’s asking price, the England forward would become the third most expensive player of all-time behind Kylian Mbappe and Neymar of Paris Saint-Germain.

The England captain earns around £200,000-a-week at Tottenham and both Manchester clubs could easily increase this to £300,000.

The Edo State Government has praised the

Akwa United have been crowned champions of