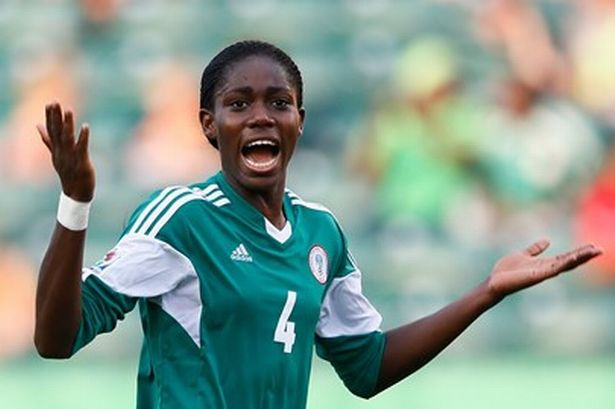 According to ESPN, the Nigerian and South Afri­can Thembi Kgatlana, were the two African attackers in Spain that head and shoulders above the rest in December.

But Oshoala was credited to have worked her way back to the top, scoring in almost all the games for Barcelona.

“Oshoala has had to fight for her starting position in an intensely competitive squad, but December saw her return to peak goalscoring form,” ESPN noted on its website on Thursday.

According to the site, “Osho­ala began the month by coming off the bench and scoring in a 9-0 Primera División Femeni­na rout of Santa Teresa. In the UEFA Women’s Champions League round of 32 first leg, she started and scored in a 4-1 away win over PSV.

“Three days later, Barce­lona visited Valencia in the league and Oshoala was the star of the show. She played the full 90 minutes, scoring three times in a 7-0 drubbing.

“Oshoala came off the bench for Caroline Hansen in the 72nd minute of the return leg against PSV, an­other 4-1 win. She replaced the same player in the 46th minute of Barcelona’s next league match, against Sevilla, scoring in a 6-0 triumph.

“Back in the starting line­up to finish the year off, the Super Falcons star scored twice in a 6-1 drubbing of De­portivo de La Coruña.”

WHO seeks better surveillance of new virus variants in Africa