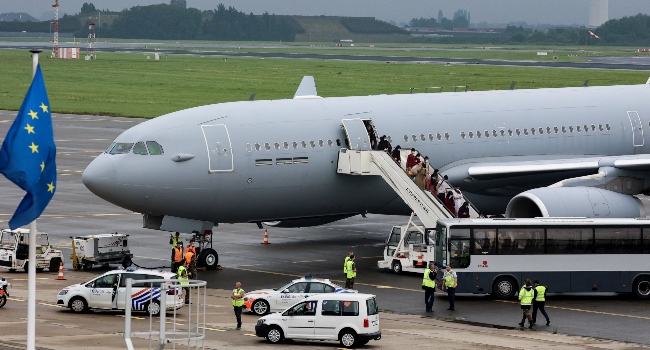 The US military confirmed a large explosion Thursday outside the Kabul airport in Afghanistan, where the United States and other countries have been evacuating tens of thousands of people.

“We can confirm an explosion outside Kabul airport. Casualties are unclear at this time. We will provide additional details when we can,” said Pentagon spokesman John Kirby.

Unconfirmed reports put the explosion at the airport’s main Abbey Gate, where thousands of people have massed over the past 12 days hoping to be evacuated after the Taliban seized power.

Other reports located it close to the Baron Hotel near the gate, which Western nations had used to stage some evacuations.

US and allied officials have said they had intelligence that suicide bombers tied to the Afghan arm of the Islamic State group — the Islamic State-Khorasan (IS-K) — were threatening to attack the airport ahead of Washington’s August 31 deadline to finalize the evacuation.

Early Thursday Kabul time Western nations warned their citizens to immediately leave the surrounds of the airport over a terrorist threat, as thousands of people tried to reach a dwindling number of evacuation flights.

“Those at the Abbey Gate, East Gate, or North Gate now should leave immediately,” said the US State Department.

“Reporting over the week has become ever more credible. And it is of an imminent and severe threat to life,” Heappey said.

Most member nations of the US-led coalition said Thursday they had wound up or would soon end their own evacuation flights from Hamid Karzai International Airport.

The total number of people who have been taken out of the US-controlled hub since the international airlift began on August 14 hit 95,700 Thursday, including both Afghans and foreign nationals.

President Joe Biden said Tuesday that the United States would stick to its deadline of withdrawing all troops from Afghanistan by August 31, to end the two-decade US-led war there.

A spokesman for the Taliban, which seized Kabul on August 15 to cap a lightning campaign against government forces, said Tuesday the evacuation operation had to end on August 31.