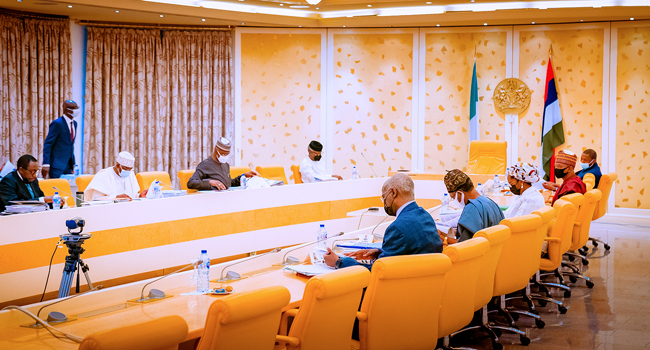 The Federal Executive Council (FEC) has approved the review and upgrade of salaries of police personnel by 20 per cent.

The Minister of Police Affairs, Maigari Dingyadi, said this on Wednesday after the Federal Executive Council meeting which was chaired by President Muhammadu Buhari, at the newly renovated council chambers.

According to the minister, the review exercise is expected to take effect from January 2022.

Dingyadi further stated that the review is in response to the demands made by EndSARS protesters in 2020, involving primarily improved welfare for police officers.

He said the take home pay will be enhanced through the duty tour allowance to 6 per cent of their new take home pay and an approval of N1.12 billion for payment of outstanding uninsured benefits for the period of 2013 to 2020.

President Buhari had promised that the salaries will be upgraded commensurate to service rendered to further maintain peace in the country.

FEC also approved the release of N13.1 billion for payment of outstanding death benefits of 5,472 personnel for the uninsured period of 2013 to August 2021.